featuring Drake) and Best Rap Album (Pink Friday). In a recent interview with Pandora, the Harajuku Barbie said that she doesn’t necessarily think she’s going to win, but that she’s just going to celebrate the moment.

“When I was at the Grammys last year, it was like I didn’t even exist. And then to now be performing and nominated, it’s a big deal. I’m not going to be nervous about winning because I really don’t think I’m going to win anything,” she said. “The way I look at it is, I know eventually, in my career, I’m going to have Grammys. This year is just about being nominated and feeling grateful, feeling like my fans and I have come a very long way and we’re just going to celebrate this moment. Nothing else matters – winning, not winning, it doesn’t matter. It just matters that they get to see a girl from the hood take these steps and continue to take these steps, just with hard work.”

The Young Money rapstress, who is also performing at this year’s ceremony, acknowledged that up-and-coming artists don’t tend to realize how much hard work goes into becoming a star and getting Grammy nods, but that she’s earned what she’s gotten.

“At the end of the day, everyone wants to be recognized and everyone wants to at least feel like you recognize that this is hard work. People think that they can become an artist overnight. People think that a cute face or a nice car makes them a rapper. But a musician is so much more than that. But in terms of me and my career, the Grammys is everything. It’s the only thing to a music artist. It’s what you live for. This is what you work for.”

Watch the interview below, as well as a Grammy promo with host LL Cool J. 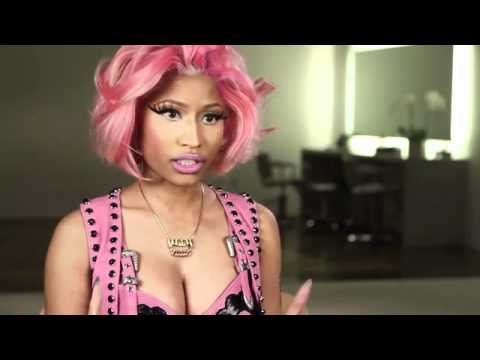