Pusha T may be focusing on recording his full-length solo debut, but he’s teaming back up with Ab-Liva and Malice for another Re-Up Gang offering. During an interview with Fuse’s Hip Hop Shop, the Thornton brother explained that it will reintroduce the crew to listeners and why some might be surprised to hear Malice in top form.

“Long Live the Caine mixtape is something that is going to go back to what you guys know as the Re-Up Gang,” he said. “This is what Long Live the Caine is going to be about. It’s so crazy, man. I actually can’t really wait for it because you’ve heard me, you’ve heard Liva sporadically this year. And for some reason, people act as if though Malice, once you have it, you odn’t have it anymore. Or they act as if though they don’t know where he’s going to go. Me personally, I’ve heard him the same way when he was rhyming on the first Re-Up Gang mixtapes. I don’t even know why people are even questioning what’s it going to be. He always was the more introspective one. He always was the more thought-provoking and the more consequential of the three of us.”

He said that the mixtape hasn’t been recorded yet, but that the crew is currently in the process of gathering beats and music to make the project perfect. Pusha explained he doesn’t want to release an undercooked product and that everything will fall into proper place. 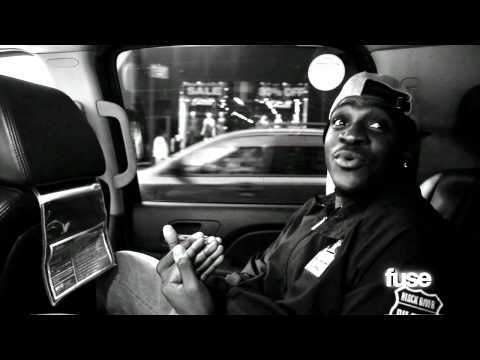