Following yesterday’s news that her second album would arrive in early 2012, Nicki Minaj has announced the album title and release date for the follow-up to last year’s Pink Friday.

In a Twitter post, the Harajuku Barbie announced that the title for her sophomore LP will be Pink Friday: Roman Reloaded, a nod to her alter-ego. The album is slated for release on February 14, 2012, or Valentine’s Day.

According to Cash Money co-CEO and founder Bryan “Baby” Williams, the Young Money rapstress is currently in the studio recording the effort.

UPDATE: Nicki Minaj has delayed her sophomore album Pink Friday: Roman’s Revenge from Valentine’s Day to April 3rd. She assures fans that the LP will be preceded by “tons of surprises.” 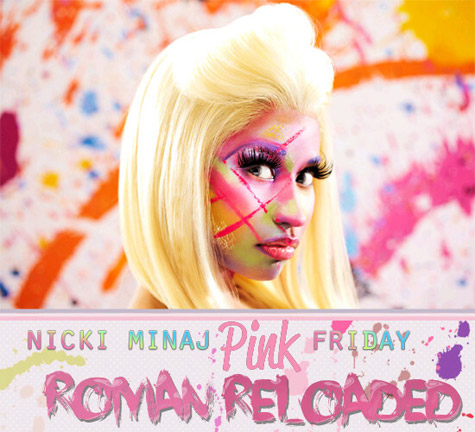 UPDATE #3: Nicki Minaj has revealed the cover art for the deluxe edition of Pink Friday: Roman Reloaded (via Rap-Up).