Through his involvement with Def Jam, Phat Farm and his other business ventures, you can make a solid case for Russell Simmons being closer to the 1% of the nation’s most wealthy than the people currently participating in the Occupy Wall Street movement. Simmons was seen visiting Occupy New York with Kanye West, Katy Perry, Angela Davis and others. And he addressed those who have a problem with his presence in a recent interview with ThisIs50.

“What the fuck…do I gotta be that selfish?” Simmons quipped. “It’s okay to run a charity and give back and everybody applauds you. But you can’t go down and show solidarity to people that are suffering? You can’t want a better America just because you’re an American and you want not only America but the world to be a better place?”

Simmons also noted that some of the people drawing ire from occupiers are in a tough position. He cited his own example of manufacturing some of his clothes in Hong Kong, which presumably outsources labor and costs less than domestic manufacturing. 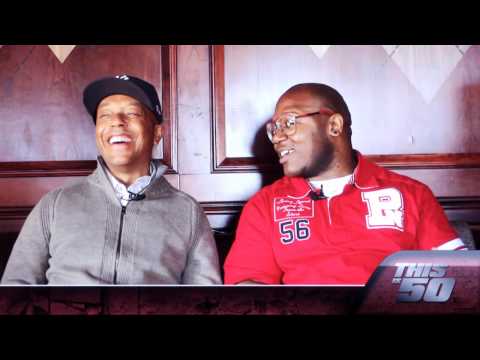 “I make some in America…it’s a struggle,” Simmons explained. “I’m competing with people making their stuff in Thailand and Hong Kong and other places.”