Eminem And The Shady 2.0 Camp Explain Their BET Awards Cypher

The DJ Premier hosted Cypher performances have recently become one of the highlights of the annual BET Hip Hop Awards. Specific examples include Skillz filming his own Cypher and later being rewarded with a spot on this year’s show. In a bit of a twist, individual crews participated in the 2011 Cypher performances including Maybach Music Group and some of the Shady Records roster.

BET made the videos available online while the awards were still airing in some areas, and the terms “#Cypher” and “#Shady 2.0” quickly began trending on Twitter. While there was more than enough talent to bounce ideas off of each other, Yelawolf revealed that no one in the crew heard each other’s rhymes prior to the taping. The one thing Slaughterhouse did reveal was that they were roughly 70% finished with their Shady debut. And any delays can be attributed to Eminem giving them the space and artistic freedom to experiment while also participating in events such as their Brisk Bodega show and the BET Hip Hop Awards Cypher.

“Everybody did a really good job, and we did our rhymes over and over and over until everybody started forgetting them,” Eminem explained. “The best thing about doing a cipher for me—and I’m sure for everyone else—is just knowing the caliber that everybody rhymes at. You know everybody’s gonna fuckin’ bring it.” 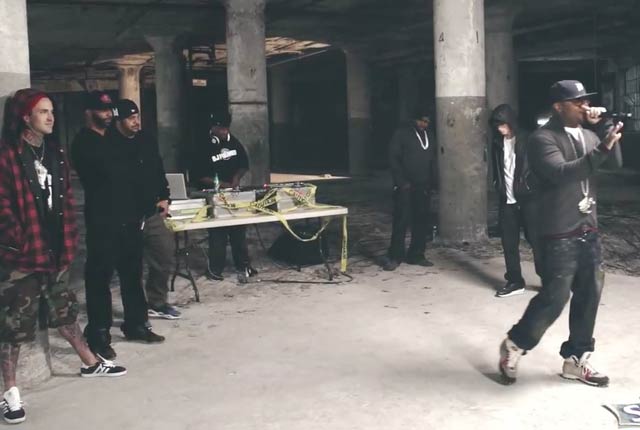