Although Kreayshawn’s tiff with Rick Ross at the VMAs may have earned her White Girl Mob crew notoriety this past week, it was associate V-Nasty’s unapologetic use of the n-word that may have gained the Cali collective the most amount of infamy. Now, in a surprising turn of events, V-Nasty says that she will now stop using the controversial word in her music as well as her daily life.

In a recent video from Persona Magazine, V-Nasty explained how being raised in an impoverished section of Oakland gave her the impression that it was okay to use the n-word. As she and her White Girl Mob partners gained a larger buzz, however, she quickly learned that people from outside the Bay weren’t be so accepting of her use of the word.

“I’m even thinking about giving up [saying the n-word],” she said. “I’m not faking [when I say it]…It’s diversity…It’s crazy because I’ll be with my partners doing my everyday thing, but now, everybody’s making it known, like, ‘Oh, she said the n-word and she’s white.’ Now, I’m seeing that it’s different other places, so when I’m in the hood with my best friend…I shouldn’t even being thinking about that shit. They the ones making me think about that shit, bruh. I wasn’t raised off no colors or nothing, bruh…I ain’t racist.”

Fellow Bay Area rapper Mistah F.A.B. also chimed in on the issue. Although he doesn’t defend her use of the word, he says that he recognizes the racially neutral context in which she said it. He added that many people of different races in Oakland use the n-word in an affectionate manner, and that V-Nasty’s detractors shouldn’t be that naive in thinking that some people of other races from their respective hometowns aren’t using the word in a non-racial manner as well.

“At the end of the day, if we’re talking about abolishing this word, then that’s something I can humble myself to. But if we’re talking about who can say [it], then we’ve got a whole lot of fighting to do,” he said. “Along today’s line of activism…Whites, Mexicans, Latins, Filipinos, Samoans, anybody else says ‘nigga’ more than African-Americans do. You could be like this, ‘You was at Sea World the other day? You see Seamu? That nigga Seamu is a fool’…where it’s like, ‘Oh, I’m racist for calling the whale a nigga?'”

This isn’t the first time Fabby Davis, Jr. has spoken up for V-Nasty and the White Girl Mob. The Bay Area rapper also backed her up this past June, saying that not only does Oakland have a different racial environment, but that V-Nasty’s street cred authenticates her usage of the word. 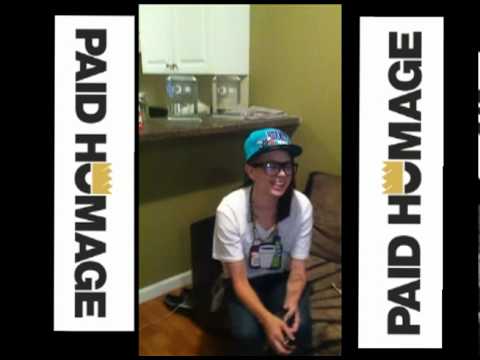 RELATED: V-Nasty Explains Her Use Of The N-Word