While you’ll find clips of everyone from Random Axe to Kendrick Lamar and Pharoahe Monch gracing his mic booth as part of the “Toca Tuesdays” freestyle series, Tony Touch has Hip Hop roots that go back much further. While running though the laundry list of projects he’s working on, Toca also explained his connection with Hip Hop’s legendary Rocksteady B-Boy crew.

“I got down with Rocksteady like in ’93, man,” Touch recently told NYClout.com. “Crazy Legs heard some of the music and we had a mutual friend that worked at The Fever. He came to my birthday party and kicked it, and ever since then we’ve been rocking.”

Between his run of mixtapes featuring the epic “50 Emcees/Power Cypha” posse cuts and retail offerings such as The Piece Maker, Tony Toca has amassed a large body of work. Now he says he has his sights set on some cross-branding.

“I’m getting ready to close out ‘The Piece Maker’ trilogy now, and it’s gonna be my one hundredth mixtape for a Hip Hop series,” Toca added. “It’ll also be the return of the ‘50 Emcees,’ so I’m crossing like three brands together. It should be a real good look, and I’ve got some real super duper stars on there. People are really coming out for this one, so I’m really looking forward to dropping it towards the end of the year.”

In the meantime, Tony Touch has been staying busy with his ReggaeTony album series, various live deejaying gigs and the afore mentioned “Toca Tuesdays” show on Shade 45 Satellite radio.

“We’re breaking a lot of new, dope Hip Hop music,” Touch explained. “It feels good to do that too and still be relevant in 2011.” 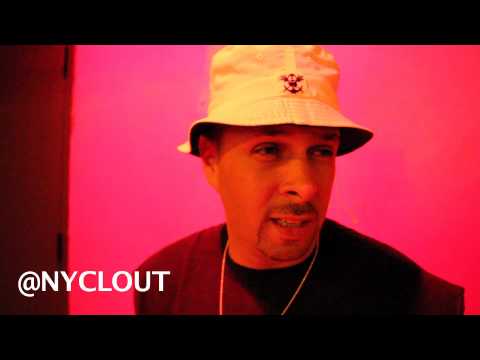 RELATED: Tony Touch Speaks On The Importance Of Radio Hosts Being Up On Their New Music