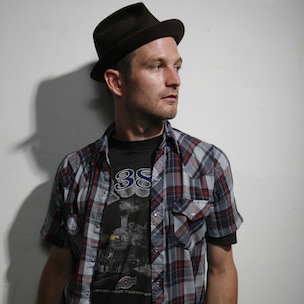 Beneath the surface, there is always a hopeful spirit that shines bright enough to be seen by many. In the case of the Rap world, independent artists have been carving out niches and names for themselves, without always getting proper support from labels. That has certainly been the case for Doomtree, a collective from Minnesota and beyond, one that has maintained a strong presence in the culture as an independent crew of like-minded artists/musicians.

One of the Doomtree members, Cecil Otter, recently stood out as part of a different project. His work with Swiss Andy has now gained attention for the manner in which they united two different worlds to form Wugazi – 13 Chambers

. The Fugazi/Wu-Tang Clan blend set off alarms in the minds of music fans everywhere, an excitement similar to the one caused by Danger Mouse’s Grey Album. Recently, Otter took some time to speak with HipHopDX about his Wugazi work, the next Doomtree album and more.<

HipHopDX: What would you say was the hardest part of compiling this project?

Cecil Otter: I think the hardest part was matching tempos and time stretching. That’s because if you start stretching something so much, it starts to sound like horseshit, pretty much. A lot of Fugazi songs are like 80 BPM, whereas Hip Hop songs are like 78 to 98. So trying to stretch that stuff to make it fit right and making it sound good with the acappellas definitely was the hardest part.

DX: And what was the most rewarding part?

Cecil Otter: When it worked. [Laughs]

DX: What do you think is the song that best showcases the plan working to perfection?

Cecil Otter: It’s funny because the “Sleep” song, those vocals are stretched a lot. They are at like 82 or 84. We stretched them out to like 72 BPM, which shouldn’t have worked. You can definitely hear it if you listen to it but that was one where we definitely had to stretch it out. If we would’ve added like one more BPM, it would have been complete rubbish, pretty much.

DX: Yeah, that song stood out because of the stretching, also. So as a result of working on this project, how do you think it has impacted your other work?

Cecil Otter: It hasn’t really changed the way I approach anything else. It’s pretty much how I approached everything in the first place. I work with samples and drum loops and tons of records all day long. So I kind of did the same thing that I do to my other beats pretty much.

Cecil Otter On His Introduction To Hip Hop

DX: I read about your introduction to N.W.A. and Eazy-E. How old were you when that happened and how did that whole thing come together for those who don’t know?

Cecil Otter: That was when my sister ran away, when I was younger. I think I was eight years old and she left in me this big box of tapes. She was my big sister. She was cool as shit and all her friends were awesome, they were all skaters and freestyle bikers and shit like that. So whatever they were doing, I had to get into it. I had to know. So I started to memorize those tapes front to back and I labeled them “Bon Jovi” and shit like that so my dad wouldn’t take them away. I would only listen to them late at night with headphones. By the time my sister came back. I was rapping it to her and she was already over it. I was like, “Aw, man.”

DX: So she’s a lot older than you?

Cecil Otter: Yeah she’s about eight years older than me.

DX: Oh, okay. So, why did you label them “Bon Jovi”? Were your parents not having any Hip Hop played, ever?

Cecil Otter: I think it was more about my age and they didn’t want me listening to profanity because, I mean I was listening to Death Metal and shit like that but they felt like if they weren’t swearing, everything was fine. It’s funny because it was this weird conundrum because my dad swears up a fucking storm, but then I put on “Guns & Roses” and I couldn’t listen to the word “bitch” so I had to hide all that stuff. I think he was trying to do his best at fatherhood.

DX: So when you announced that you would be doing Hip Hop, how did that go over?

Cecil Otter: Not well, because of my track record. First, I was a skater and I was sponsored for a little while. It’s hard for parents to be like, “Oh, you are going to jump off stairs for a living!” After that, I did graffiti for a couple of years and they were like, “Oh, what, you’re going to paint on shit to make a living and then jump off stairs? And then, the next thing I did, I was doing Hip Hop. I was writing a lot while I was doing all those things and then I went into making beats and rapping. My mom always had my back for sure. No matter what, she was like, “If you’re happy and you’re having fun, then it’s fine. She always told me that all she wanted from me was that she thought I was going to be an artist living on the beach hunting crabs and painting. She was like, “If you do that I will be totally fine.” So it went pretty easy, too.

Cecil Otter: You know, it’s starting to change a lot more lately. We’re finishing up the next Doomtree record. I did a lot of production on that. I’m still doing that right now. Me and Lazerbeak worked on a lot of stuff together…[This time we] had the idea to get all of us to go to a cabin for five days and write the whole thing from scratch. It worked out really well. Everyone was working really well together. I also plan on working a lot with Sims’ album and Mike Mictlan’s next album. Other than that, we all work closely on everyone’s project. There’s a lot of support to make sure everyone’s got what they need. We give everyone’s album the same attention.

DX: What can fans expect from this next Doomtree album? What are some of the differences you’ve heard within the sound, vibes and lyrics on this one?

Cecil Otter: To me, it’s a solid, solid album. We did all the production together from the beginning. If everyone just dumped their beats in, we would’ve had 90 beats to choose from and eventually it would sound like an album that somebody picked up from a pile with 90 beats. Here, we wanted to make sure that we grabbed a feeling out of each beat. It was a more thoughtful process than, I think, we’ve ever done. It brought everyone in and kept everyone involved so I feel that this one sounds a lot more solid than the last one.