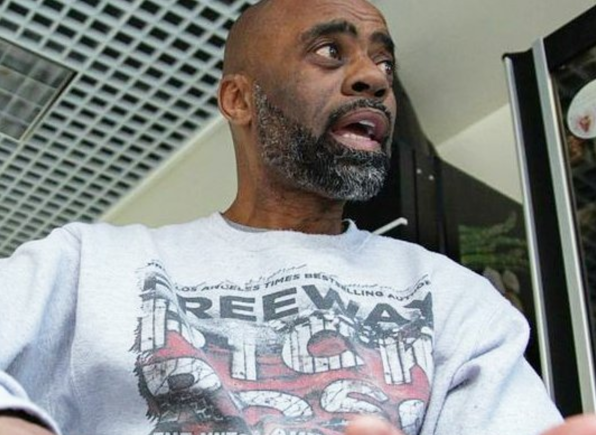 While in the studio in Los Angeles, California, Snoop Dogg and Freeway Ricky Ross discussed the former’s vision for helming the soundtrack for the drug kingpin’s upcoming biopic. Ricky Ross confirmed that Tha Doggfather will be steering the ship for the soundtrack, while Snoop echoed his sentiments.

“Y’all heard what the Dogg said. The Dogg want to run that soundtrack. Y’all didn’t think it was gonna happen,” said Ross.

Snoop explained that he wanted to come on board the project long before Ross was released from prison. “Man, I told my O.G. before he got home, I wanted to get down with him and I love him to death and everything he stand for and I’m part of telling his story,” said Snoop. “I said look, when it’s time to play you, it’s gotta be me and nobody one else. I’m the only who could put that thing on it.”

The film, written by Blow director Nick Cassavetes, takes place in the late ‘70s, a time that Snoop hopes to capture through the music.

“I also want to be a part of the soundtrack to make the scope of the music right, to make sure the scoring right, to represent the era and the time period where we were going through on the West,” he continued. “Because it’s central that the story’s told from his eyes, so I want to make sure the music represents what we were listening to out here and what we were going through. And when it gets to those certain time periods, I want to be the one who makes sure that the music feels good while you’re watching the movie.”