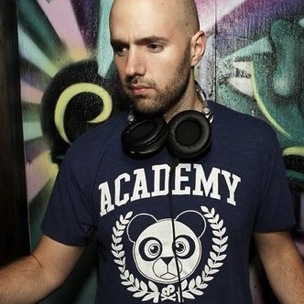 Why Albums Are Released On Tuesdays In The U.S.

HipHopDX <3’s NPR. We appreciate that shows like Kai Ryssdal’s “Marketplace” use soundbeds from Blockhead and Quannum Projects. We like that National Public Radio programs pays respect to our friends at Stones Throw Records, Biz3 and Cocaine Blunts, among others. Recently, NPR broke down why albums in the United States drop on Tuesdays. A worthy read.

Read NPR’s “Why Albums In The States Are Released On Tuesdays” here.

If athletes like Kobe Bryant and Allen Iverson’s forays with Rap weren’t bad enough, how about actors? From Beverly Hills 90210‘s Brian Austin Green to Married With Children’s David Faustino, a lot of Fox’s awkward darlings toyed with Hip Hop in the ’90s. Those days are behind us, but what the hell is up with Walk The Line/8mm star Joaquin Phoenix’s aspirations to bust bars? The AV Club breaks down why Phoenix quit something he was actually good at to pursue a childhood dream. This is the subject of a new film, I’m Still Here: The Lost Year of Joaquin Phoenix. Hey, we can’t knock the hustle, but the only Phoenix we’re checking for right now is Jean Grae’s forthcoming album.

Find Out About I’m Still Here: The Lost Year of Joaquin Phoenix here.

One of our favorite deejays of the last decade is the Ohio native Mick Boogie. From his classic tapes with Busta Rhymes and Ghostface Killah to a recent summer favorite with DJ Jazzy Jeff, Mick keeps ’em entertained. Teaming up with partner Terry Urban and DX extended family 2DopeBoyz.com, Mick introduces OnCue with Cuey Sings The Blues.

Underground Report alum Hasan Salaam reached out to HipHopDX to tell us about “Hip Hop Harmony Africa.” The two-week project in November is designed to provide freedom of speech to artists in six countries within Africa that don’t enjoy such freedoms. The event is seeking supporters and various levels of sponsorship.