The group, which will be called “The Almighty Glory Us,” stems from a mutual appreciation between the two artists.

“I met Cudi four years ago, and I heard his music and I didn’t know he was hip to my music, but we came out to the show in Chicago at the Metro on the Northsideand ever since then its been going down,” said Chip to AllHipHop.com.  “We kind of recognized what we had to do. A lot of shit was unspoken, but we knew we had to get it in.  We were taking it serious on some next level shit, not even just in the city.”

“I remember when [Kanye West’s] 808s and Heartbreak came out and we came and got Cudi from the airport and he was like ‘Yo we should form this group’.”

In addition, Chip is readying a new album titled Gift Raps, produced entirely by Chuck Inglish of the Cool Kids.

“I got this Gift Raps album I am doing right now, Chuck produced that whole album. Its going to be in stores, iTunes and we’re doing it independent,” explained Chip tha Ripper. “We got some features on there we are still getting but its going down.” 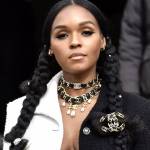