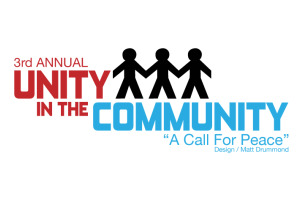 While the struggling economy has had a negative influence on jobs, education, and the availability of domestic resources, the issue has also had a major effect on crime rates. The Philadelphia Inquirer recently reported that shootings and killings have spiked in the city due to a lack of money to keep police officers on the street. According to the paper, the homicide count in Philadelphia was at 171 last week, compared to 158 the same time last year.

In an effort to continue to bring awareness to the issue of violence in the city, the 3rd Annual Unity in the Community  block party will go down Saturday, July 31 on 20th and Snyder. The event will feature performances by Freeway, Beanie Sigel, Meek Mill, Gillie da Kid, Peedi Crack, and other local artists who will help send the “stop the violence” message. The block party will also include a presentation encouraging steps towards ending violence.

Community leaders and radio personalities will also be attending the event.