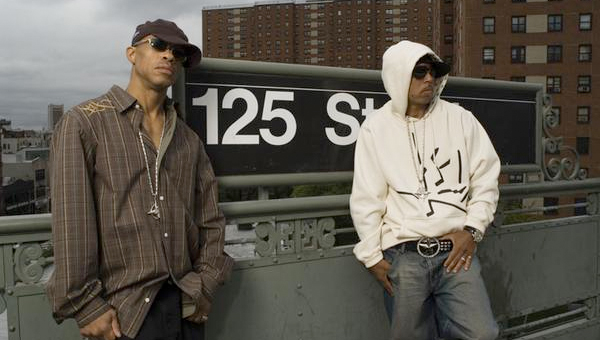 MTV News’ Sway Calloway spoke to Guru‘s musical partner and business manager Solar this week. In the wake of Monday’s tragic announcement of Guru’s death, Solar has been scrutinized by Hip Hop fans for both his relationship with Guru’s blood relatives, as well as suspicions that he wrote a damaging letter, making allegations of a Guru-led foundation that family members were unaware of.

Sway boldly asked Solar about a potential homosexual relationship between the artists, that Sway referred to as “romantic in nature.” Solar quickly waved doing those rumors, in saying, “Yeah, that’s untrue. Completely unfounded and true. Guru’s a family man. I’m a family man. And it’s always been that way.” Independent of his and Guru’s relationship, Solar also asserted both artists heterosexuality. “We’re straight men. Down the line.” The New York producer who had worked with Guru since 2004 continued, “He dealt with women and family. I dealt with women and family. It’s the way it is, it’s the way it’s always been, and there’s never been any blurring of the lines whatsoever.”

As the interview continued, Sway asked about rumors of physical abuse, specifically Solar being physically harmful to Guru. With a gasp, the producer replied, “Wow. Me and Guru, we used to play-fight. Rough-house. Not only with him, but other members of the band when you’re on the road. You knock around, and that’s it. I can’t even begin to imagine where that would come from. It’s idiotic. Again, these are all kinds of accusations [made] without Guru to be here and look you in the eye and say, ‘This is just ridiculous.’ Now it’s just me saying this is ridiculous.” Earlier this week, a member of that band, the duo’s deejay, Doo Wop, who had worked with Guru for almost 10 years previously, spoke of an altercation while on tour, although the other party was not specified.

Additionally, Sway asked Solar about Each One Counts. In Guru’s alleged final letter, the children’s charity organization was mentioned, despite the Elam Family being unaware that such a foundation even existed. “That’s an organization that was started by Guru, myself and my people. Hopefully, it’ll grow to be a huge, worldwide charitable organization,” defended Solar. “There’s a lot of things Guru’s done in his life with his business that [the Elam Family] doesn’t know about. He doesn’t report to them. He never did report to them. Guru’s a full-grown man.” Further speaking of family relations, Solar said that it would be the family’s responsibility to provide Guru with a proper funeral. “I’m done with that. That’s on…that’s between…that’s on them.” The production and business partner of the last six years added that after this past week’s emotional duress, he was unsure if he’ll attend the funeral.

Moments later, in a detailed conversation about the Elam Family, Solar stated, “I’ve got the utmost respect for his family.” The producer spoke of meeting Guru’s father, and commented that Guru’s only mentions of his sister were that they were not close, and presently estranged in his final days.

Sway also confronted Solar about Guru’s dying letter. Many have questioned how much of the peculiar statements were authored by the Gang Starr founder. “Guru wrote some of it himself. Some of it he was able to write,” said Solar, referring to Guru’s declining physical abilities. The parts that Guru did not pen himself, Solar said were tracked by him. “I made a lot of notes that was kept on my own.”

The full interview segments are below, which touch more on the letter, family visitation rights, and more.