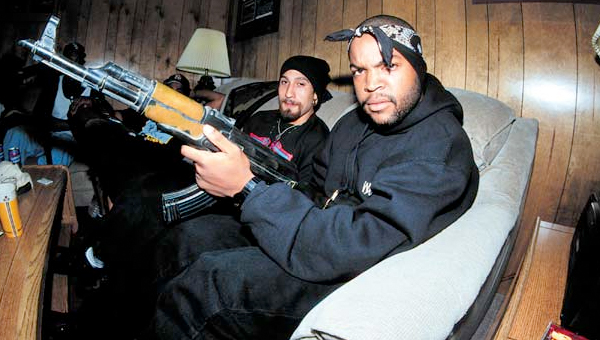 “He’s gotta point man, he don’t owe anybody nothing,” B-Real explained. “That’s just the reality of it. He doesn’t owe them nothing. At the same time, you know, [laughs] it’s like, these guys ain’t getting no love from the radio, they ain’t getting love from nobody. But once and a while we gotta show these guys some love.”

In Cube’s blog, the rapper explained that local Los Angeles rappers “can’t make a name for themselves so they need help from the O/G’s. I refuse [to] throw ’em a life line…It ain’t my job to make nobody famous.”

B-Real, who has had issues with Ice Cube in the past, went on to explain that Ice Cube paid his dues just like everyone else and didn’t receive any help getting to where he is today.

“He didn’t get no hand outs. He had to grind for everything. He had to work for everything he has. From the time he was with NWA to when he left. He had to grind out after that,” said B-Real. “He did that. It wasn’t like somebody was like ‘Hey Cube, here’s your spot, go do your thing.’ You know so, I think that’s a feeling that he’s entitled to.”