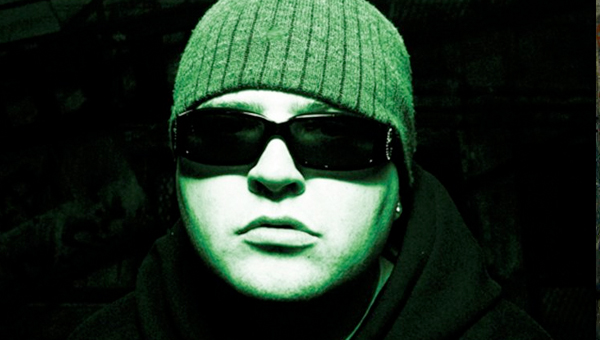 On April 9, Slaine penned an open letter, which included his belief that newcomer rapper Sam Adams was “bad for Hip Hop” as well as claims that the college sensation was “banned from Boston.” Speaking with HipHopDX late last week, Slaine elaborated to the claims made in his letter.

The rapper, who’s affiliated with several 20-plus year veterans of Rap including La Coka Nostra partner Everlast and Special Teamz partner Edo G, explains to DX why he believes Adams may representative a racial and social impact on Hip Hop culture, as well as the logistics on what will happen if the iTunes chart-topper and Soundscan Top 200-selling emcee doesn’t acknowledge the warning Slaine has given him.

Beyond just the controversy, Slaine also updates fans on La Coka Nostra’s 2010 plans, as he checks in from Denmark while touring with the group. Additionally, reports start that Special Teamz will take the field again.

HipHopDX: How much of this stems from Sam Adams using the EP title, “Boston’s Boy“?
Slaine: All of it. I don’t really pay attention to disposable Pop music usually. But being that I am expected to be an ambassador for Boston Hip Hop music – because of the success I have had in music and film, I have to call bullshit when I see it. We have been misrepresented as a city in Hip Hop music, mainly because the venues are part of the “old boy network white establishment,” and the actual neighborhoods of Boston [such as] Roxbury, Southie, Dorchester, Roslindale, Mattapan, Hyde Park, The South End, have been shut out because these yuppie college fucks who own and run everything don’t want to deal with street music in their venues. Really, behind closed doors, I feel that they don’t want to work with “niggers” or  “white trash.” You can’t tell me I’m wrong because I have seen and heard it with my own eyes and ears. That’s why you never get street artists from Boston put out on a national level. It is always softer backpacker-ish rappers, or corny, Pop shit. There is a different dynamic here that people are missing, that I’m talking about. It ain’t about Sam Adams the rapper, it’s about what he represents. On a larger level, the whole industry wants to move in that same direction. Drake, Kanye [West], Sam Adams…all soft non-threatening Hip Hop. The labels don’t want to deal with dangerous people or the under-class anymore…which is what Hip Hop is about.

DX: Hip Hop has some legendary emcees who reportedly came from outside of cities: Royce Da 5’9″, UGK, Apathy, etc. How do we clarify that this is not a city-versus-the-suburbs argument?
Slaine: Nope, not at all. If you have respect and skills and aren’t from the city, that’s fine. I actually think Asher Roth is a real emcee. He has a grasp and respect for the culture. This dude Sam Adams is acting like he is making his own genre and coming in with this blue-blood frat boy bullshit, and that he doesn’t have to pay respect to everyone who made Hip Hop what it is. It is not about ‘burbs and hood. I actually think that is a problem in Hip Hop too: too much posturing and gangster imaging is wack too. I think my comments have been misunderstood to that extent. We used to be able to have N.W.A., De La Soul, Cypress Hill, Nas , Biggie, Rakim, Gang Starr, and Edo G all co-existing without all the made up back-stories and dumb shit. It was all Hip Hop. But this gentrification and watering down of the art form is sickening to me. I’m not playing the super-thug, just saying have respect for the music and culture we love, and don’t pimp it without nodding your hat to the legends. Esoteric is from the ‘burbs, but is allowed to rep Boston because he went through the proper channels and paid dues and respect. I want to make it clear that it is a different issue I have with John Quincy Adams’ great-great grandson.

DX: How do you respond to the criticism you have gotten in this, as a “hater” or “bully”?
Slaine: I don’t care. This “hater” word is over-used. There are such thing as jealous haters, but that’s not the case here. To be honest, my career is bigger than Sam Adams’ [career] is at this point overall. He may go on to be a big pop star, I think he will, but I don’t aspire to be that. The point is we have a responsibility to Hip Hop – your website included, to protect the culture from these corporate cats who only care about the dollar. This music saved my life, and a lot of other peoples too. It provided opportunity for the voiceless to be heard. I wont let the rich take that on my watch without saying something about it.

DX: Certainly, everybody wants to know about this “banned from Boston” remark. Can you explain more — is this gonna be some KRS-One/PM Dawn [thrown-off-the-stage] type stuff?
Slaine: Yeah, he might get PM Dawn’ed. Yes. Okay? Cool.

DX: Last year, La Coka Nostra made an excellent album in A Brand You Can Trust. Certainly you’re touring, but what’s next for La Coka?
Slaine: I’m in Denmark right now, and touring the next few weeks with [La] Coka [Nostra]. We are all dropping solo joints this year, and touring around the world, and then we are gonna do another Coka album after that. This is a family…a crew…I ride for them, and they ride for me. That’s what it is.

DX: People know you from La Coka, but is Special Teamz still in effect?
Slaine: Of course. Edo [G] dropped his [A&E] album with [Masta] Ace right after [A Brand You Can Trust] dropped, and [Jaysaun] and Edo are getting solo projects ready too….but we will have Special Teamz songs on all of our releases, and do another album soon too. We are actually doing a Canada tour this spring with Ill Bill. It’s all family. Everyone I roll with is official and on the same page. we are all keeping things moving in the right direction.

Are we allowed to have a problem with anything anymore without being “haters”? ‘Cause I don’t give a fuck. If that’s the case, I’ll be a hater.