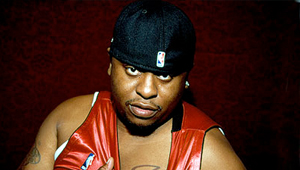 After a career that spans two decades and 11 albums, Houston rapper Scarface will be releasing his first official mixtape, entitled Dopeman Music.

“I always wanted to drop a mixtape on my own,” he explained to MTV. “So I just said, ‘Let’s drop an independent mixtape.’ I feel that I should be as an adult and musician and pioneer – that’s what they call me – I feel that I need to move on to another stage with the way I deliver my music to the public.”

With his last album, Emeritus, released back in 2008, Scarface stated he’s been holding back on his musical knowledge. “I got a lot of shit and I’m using about 3% of what I know about music. I’m not using it all…I am music. I can play that shit long enough for a real musician to catch it and feel me, where I’m going, and we make magic like that.”

Dopeman Music is tentatively scheduled for a spring release.