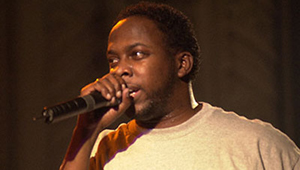 Rap veteran Phife Dawg from the legendary group A Tribe Called Quest is hitting the studio again, preparing his first solo record in 10 years. In a recent interview with okayplayer.com, the New York emcee talked about plans to release the upcoming Songs in the Key of Phife.

“We’re doing this one track that I’m trying to get Big Boi  from Outkast on as well as Cee-lo on the hook. He can do a verse for me as well because he’s a beast on both ends of the spectrum as you know. I’m looking forward to this track with KRS-One as well. So far so good. Imma also holla at some dude named Q-tip see what’s good and we gonna get it poppin like that,” Phife told okayplayer.

Since undergoing a kidney transplant to help his battle with diabetes, Phife has been on the move. Outside of the new album, the ’90s heavyweight is working on a talk show and clothing label. “I’m working on my own sports talk show, sports [and] music talk show, working on a pilot for that and I think I’m [going] call it The Fanalyst,” he said. “I’m also working on a clothing line. Well, I’m in a partnership for this clothing line called King Duce and it’s also a record label that I’m partnering with. I’m going to be head of urban music as well of head of urban wear.”

A documentary produced by actor Michael Rapaport, Beats, Rhymes & Life: The Travels of a Tribe Called Quest, is also set to be released soon chronicling the ups and downs of the legendary crew. “There’s some good times. There’s some bad times. You’re gonna see it all.”

When asked when the new LP is slated to drop he replied, “In a perfect world like Keri Hilson would say, I wouldn’t mind it coming out sometime between August and November.”