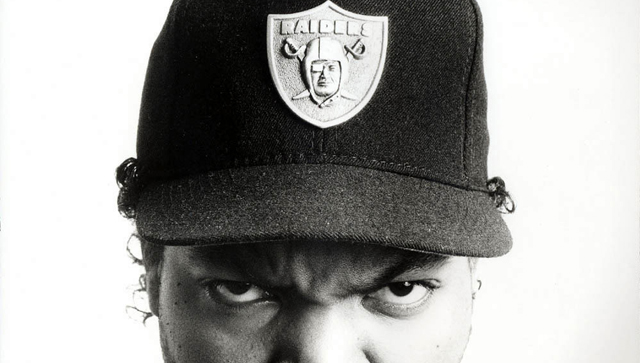 On July 13th, Ice Cube will be releasing I Am The West through his own Lench Mob Records. The former N.W.A. and West Side Connection member’s ninth full-length solo is already shaping up to support its bold title.

On his IceCube.com site, the star rapper and actor wrote about his recording process. Cube said that he’s receiving beats from west coast veterans DJ Quik and E-A Ski. In addition, after not working together on a solo album in nearly 20 years, Ice Cube wrote that he is in talks with original C.I.A. group-mate Sir Jinx. The two did work together on West Side Connection’s Terrorist Threats. “I listen to beats and see if they call my name. See if a song or hook will just spill out. I stop forcing lyrics just because I got a beat from a hot producer. If nothing comes out. No song will be made, no matter who does the beat. It’s an honest process,” wrote Cube.

Titling his entry “July 13th,” Cube emphasized his marketing strategies and staying the course. “If we stay on schedule we’ll be alright. Being independent is beautiful because we can do things “out the box” that record companies would usually frown at. Instead of working from a ready-made cookie-cutter marketing plan, we can tailor make a marketing plan specifically for me. I hate when rappers do dumb shit trying to sell a record. ‘Going on Regis & Kelly is not going to sell you hip-hop records!’ Wrong crowd.”

Lastly, Ice Cube spoke on former protege and estranged West Side Connection partner Mack 10. Both WC and Cube have not publicly spoken about the Inglewood rapper at length in years, though have made it clear they are no longer affiliated. Asked by a fan if the emcees will ever reunite, Cube answered, “I never say never, but he has the kiss the ring first.”

I Am The West is planned for July 13th on Lench Mob Records.