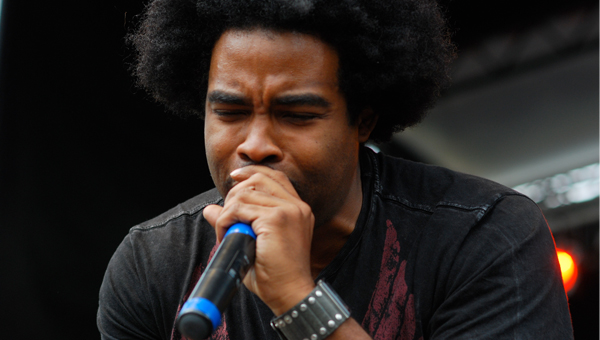 Tomorrow night (Friday, March 19), Duck Down Records will unveil their annual showcase at Austin, Texas’ South By Southwest. While the bill features various Duck Down acts ranging from the Boot Camp Clik to B-Real to Skyzoo, also included are Bahamadia and Pharoahe Monch. This morning it was confirmed that Monch is officially part of Dru Ha and Buckshot’s label.

“I’m incredibly excited about my upcoming release W.A.R. (We Are Renegades) and my new partnership between my company W.A.R. Media, LLC, and Duck Down Music. This album deals with conflicts and resolutions of the spirit, the soul, the government, and the industry among other things. Thus far it features Living Colour guitarist Vernon Reid, Jean Grae, Styles P, Phonte, Black Thought, with more to come. It also features production from M-Phazes, Marco Polo, Mike Low, Fatin, Lee Stone, Exile and others to be announced. I am working diligently to finish the work for a summer release and I am honored to join forces with the Duck Down family during their 15 year anniversary,” Monch said in a statement.

The Queens emcee entered the Hip Hop scene in the late ’80s and released three albums with Prince Po in the group Organized Konfusion, along with a recent Greatest Hits compilation. Monch would later release his acclaimed solo album, Internal Affairs with Rawkus Records at the top of this last decade. Backed by massive single “Simon Says,” Monch elevated the profile of the Manhattan label that included Mos Def, Talib Kweli, Company Flow and Kool G Rap on their roster. The victory was bittersweet however, as a Godzilla movie sample halted the album and song, also forfeiting many of the emcee’s monetary profits from the success.

For those in or nearby Austin, here is the Duck Down showcase information: