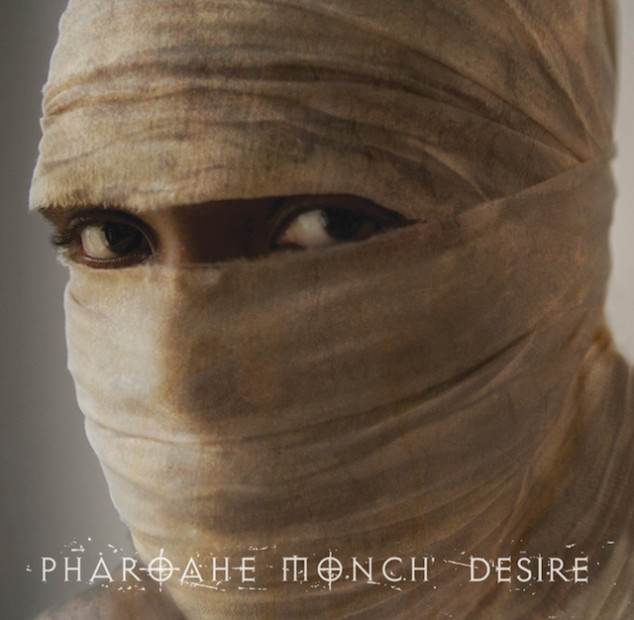 Considering that Pharoahe Monch is the type of emcee that
comes along once in a lifetime, having to wait some eight years between solo
albums is inhuman and cruel. After splitting from Prince Po
and their too often overlooked Organized Konfusion union, the
southside Queens native finally got the shine he deserved…well sort of. At
the height of Rawkus Records‘ popularity and on the
strength of his smash single “Simon Says,” Pharoahe was on his way to a
platinum plaque. That is until an uncleared sample forced them to stop all
promotion and pull every record from the shelf. Internal Affairs ended
up fizzling out around the gold mark, Rawkus soon folded and Pharoahe
went into hiatus.

A couple years of rumors that he was signing to Shady, an
eight month delay from his original release date and here we are with Desire.
Despite signing with Steve Rifkin‘s SRC
rather than with Marshall, Monch still has Mr.
Porter (bka Denaun Porter of D12)
executive producing the album. Don’t get it twisted, there are no “Purple Pills”
here, Desire is Pharoahe doing what Pharoahe
does best – rap.

Funny enough, the album may become best known for the track where Pharoahe
does as much singing as he does rhyming. “Body Baby” has drawn some comparisons
to Gnarls Barkley, but its P‘s Elvis swagger in the hook that will
really catch some attention. While it’s a great song and single, it isn’t where
he shines brightest. Those moments come in a few other places. His chops on “Body Baby” may
get more notice, but it’s “Desire” where Pharoahe really brings the
soul over some equally expressive horns. His triumphant return on the album’s
title track is one. Over Alchemist‘s best production in a
minute he brings the lyrics: “I embody antibiotics, you are infected by
germs/rap’s fatally ill, please get the serum.” Then again, when it comes
to lyrics you’ve really gotta point to “When The Gun Draws,” the sequel to his
classic “Stray
Bullet” (where do you think Nas got the idea for “I Gave You Power?”).
“Let’s Go”
may lack the conceptual brilliance of “When The Gun Draws,” but it hardly
lacks P getting stupid with the wordplay; “listen man,
stop snitchin man/you use to sex to sell, and your next to tell/to sprint,
everything you represent is immoral/singular, not plural/you and your sidekick
get rid of that wack trio/I freeze emcees zero degrees below/the blacker the
berry, the sweeter the juice.“

All the jaw dropping moments above still don’t measure up to the apex of “Desire“: the three
part, nine minute, twenty-four second epic called “Trilogy.” With the help of Mr.
Porter, Dwele and Tone respectively, Pharoahe
weaves a story of love, friendship, infidelity, revenge and murder – in reverse
– with exquisite execution. They may not be the cream of the crop, but the
album is still rounding out by a handful of dope tracks, most notably his
excellent cover of Public Enemy‘s “Welcome To The Terrordome” and
the bedroom music that is “So Good.”

A title like “Desire”
can be taken in any number of ways. One way is to assume he is alluding to his
desire to create timeless art. When so much music is just churned out in the
interest of making a quick buck, it is impossible not to take notice when an
artist of this caliber displays their craft at the highest level. Whatever Pharoahe‘s
aspiration was, let’s just hope it inspires other rappers to step their fucking
games up and try and compete with his Desire.