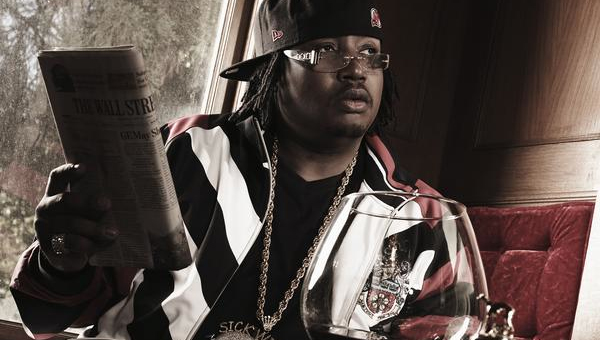 The feud made its rounds on the Internet after a reenactment of the incident surfaced on Notorious B.I.G.: Bigger than Life, the DVD. Now, E-40 was asked about this during a stop on Rude Jude and Lord Sear’s The All Out Show and he gave his side of the story.

“Biggie, back in the days, had said something in a magazine in Canada. He was talking about Spice 1. From a scale of 1-10, he would say, ‘Spice 1 [is] a 2. E-40 [is] a 0. I hate that dude.’ Like, what? Bruh, you ain’t ever even met me. Why you hate me? It ain’t nothin’. It’s nothing spectacular. The way it went down, he came down to Sacramento and just put it this way, I gave him a pass. We talked and after that some things went down. I gave him a pass.”

He then added that he didn’t want to go through all the details, however he did add a few more.

“At the end of the day, [he] talked highly about a motherfucker. I think that they had got him hella perkin’ out there. They was saying that some Canadian magazine was telling him to get hella perkin’. But, the truth serum come out when you drinking, you smell me? So, I don’t know if that was from the heart, what he said. Anyway, he twist[ed] that shit around later on. Like I said, we ain’t have no problems before he passed or none of that shit.”

40 confirmed that the two spoke and the meeting described in the DVD was accurate, to some extent.

“I will tell you one part, though, that’s not true…I didn’t book the concert. It just so happened that niggas knew that I was upset about the situation. Some of my folks was out there and they got at him. They gave me the phone and I pow-wow’d with dude. Had to get him up out of there and told my dudes to back up like a sea crab. He went back to the hotel and got back safe. So, that’s how that shit went.

40 added that the two were on good terms after that and noted that Biggie wanted him as a guest on his final release before dying, Life After Death.

The reenactment of their altercation can be seen below.