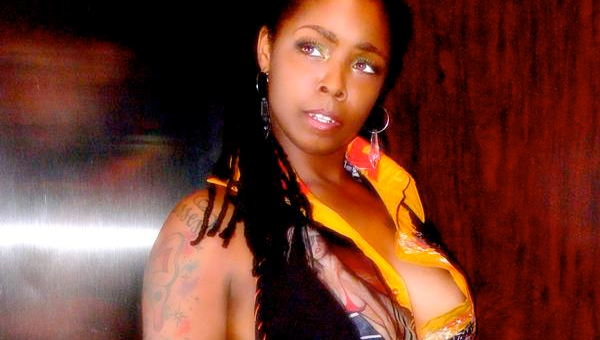 Tampa gangstress Khia spoke to HipHopDX this past Thursday (February 25th) and revealed what will likely come as a shock to fans of the self-crowned “Queen of the South”: that she will be dedicating the second disc of her upcoming double album, Motor Mouf/Khia Shamone, to the formal launching of her singing career, which will mark the official end of her career in Hip Hop.

“I sang before I rap,” she explained to DX of the origin of her career-altering decision. “I just rap because I can, I tell everybody [that]. This is my fourth album, and just to be able to showcase that side and to perform with my band, I’m just excited. I’m ready, [and] growing I guess.”

Will Khia be growing away from her sexually-charged content, or will this musical expansion feature raunchy crooning ala “Fuck You And Suck You,” an accapella singing skit included on her most recent release, 2008’s Nasti Muzik?
“Um, a little bit, yes,” she replied when asked. “So you could say its Millie Jackson, Betty [Wright], Vanity 6, Mary Jane Girls, ‘My Neck, My Back,’ ‘cause I sung on that, I didn’t rap on that. So I guess I kinda showcased my singing ability through all of my albums. And, we did a Nasti Muzik Tour to where we took the [album] and I remixed it into a live set, and the response was just crazy… And [so] I decided to do both [singing and rapping] because…everybody wanted it, they wanted to buy it. So I was like, ‘Okay, for this album let’s just do both.’”

Due this summer, the album’s first disc, Motor Mouf, will mark the last time anyone will hear Khia the emcee.

The album’s second disc will sport all live instrumentation courtesy of the Stankin’ Azz Band while introducing the rechristened “Khia Shamone.”

“I wrote, arranged and produced the whole album,” Khia noted. “And I’m excited about that. To be able to work with live musicians on the Khia Shamone project is just – I think we need to get back to that a little bit more [in music].”

The double disc’s first single, the dual singing/rapping selection “Bad Girl,” will drop next month in advance of the album as well as Anger Management, the new reality show from the former contestant on Vh1 and Ego Trip’s Miss Rap Supreme which documents the construction of Motor Mouf/Khia Shamone and Khia’s day-to-day life as an independent artist and owner of her own label, Thug Misses Entertainment.

While Khia shops her show to networks for broadcast she will be introducing her new singing persona to the masses who have yet to hear her and the Stankin’ Azz Band perform live. As after three albums of seductive spittin’ – 2002’s Thug Misses (which was certified gold on the strength of “My Neck, My Back”), 2006’s Gangstress (which infamously sported 18 of Khia’s real-life mug shots on its cover), and the aforementioned Nasti Muzik (which marked her first and last LP for former Gucci Mane recording home Big Cat Records) – Khia is completely content with relinquishing her once coveted crown in the Rap game.
“I’m Khia Shamone, so I kinda retired from Hip Hop with this new project,” she replied when asked the requisite “Who’s the ‘Queen of the South’?” question. “This is my crossover project. I think I kinda conquered Hip Hop and now I’m trying to go on to bigger and better things. I’m not in the lane anymore, so I can’t even…I’ve bowed out [of the ‘Queen of the South’ competition]. As far as I’m concerned I won and I conquered it and now I’m on to something bigger.”