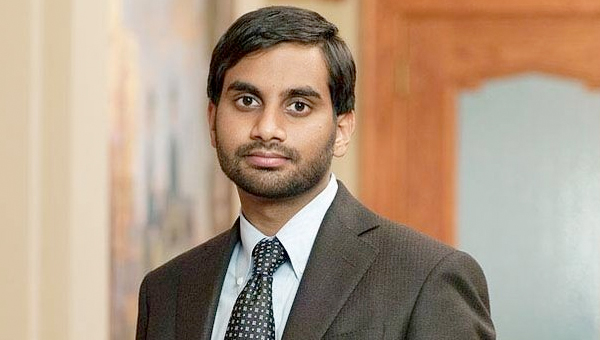 Between his comedic anecdotes about R. Kelly and Kanye West, Aziz Ansari is one of the rising stars of comedy, who incorporates Hip Hop into his routines. Although Ansari appears weekly on the NBC series Parks & Recreation with Rashida Jones, the actor also starred alongside RZA in the 2009 film Funny People.

In the film, Ansari played “Raaaaaaaaandy,” a character he’ll be reviving for a forthcoming mixtape with TV On The Radio’s Dave Sitek. Having worked with El-P and Khujo Goodie in the past, Sitek most recently produced a bulk of tracks from Wale’s Attention Deficit debut on Interscope.

Titles and guests have not been confirming, but the following video blog leaked of Ansari using Serato to scratch one of his impersario’s raps.