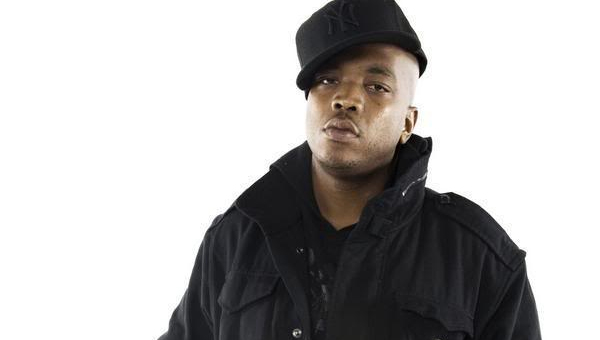 After a two-year span since his last solo effort, Styles P will be formally resurfacing next month with a new batch of his signature street-conscious raps on The Green Ghost Project (due February 2nd).

“He’s heavily into wanting to be creative, same with me,” Styles told HipHopDX last week of the project’s co-creator, DJ Green Lantern. “So, why not do something creative together? I just wanted to make something that was like a album and like a mixtape blended. That’s why it’s [titled] ‘The Project.’”

“Nah, I wasn’t thinking about none of that,” Styles dismissively replied when asked if he was waiting for partner-in-rhyme Jadakiss to drop his reunion project with Green, last year’s The Champ Is Here Pt. 2

, to show solidarity between the Yonkers crew and the popular producer/deejay before surfacing with a Green-helmed project of his own. “I wasn’t thinking of none of that. We been talking about doing [something together] for a minute, but you know…he be running, I be running, [but] the time just came right where we could both knock some joints out and [so] we just knocked it out.”

Before the beef between ‘Kiss and Green (that erupted after a private phone conversation between the two discussing the then verbal jabs between Jada and 50 Cent was filmed and subsequently surfaced on a street DVD) had been officially squashed, Green and Styles had already resumed working together on the track “Holiday” for Styles’ last solo effort, 2007’s Super Gangster, Extraordinary Gentleman. As Styles reminded DX, Green has a long history of working with the entire D-Block camp pre, during and post beef,  going back to the early ‘00s and “Mighty D-Block (2 Guns Up)” from Sheek Louch’s 2003 debut, Walk Witt Me.

Green and Styles’ newest collaboration, The Green Ghost Project, is an all-new-material release (save for the ‘08 leaked union with Junior Reid and Jadakiss, “Invasion,” as well as “Bang Time”

, the Styles P/M.O.P. collabo which initially appeared on the Brownsvillian’s most recent release, Foundation). The almost-album project boasts standout selections like the stellar piano-driven Statik Selektah production “Shadows,” the gutta “Make Millions From Entertainment” (which contains the rhyme Styles spit for HipHopDX’s and director Court Dunn’s celebrated “16 Bars” video series), the soulful stunner “That’s Me,” and a track that can only be described as “Superthug 2010” for the N.O.R.E. and Uncle Murda-assisted, Green Lantern-laced “Pablo Doe.”

In addition to the aforementioned Statik Selektah produced track, additional sonic suppliers Buckwild, Scram Jones and Alchemist join Green behind the boards for the project, with Raekwon (“Time Will Tell”), Sheek Louch (“Double Trouble”) and the aforementioned all-star spitters rockin’ alongside The Ghost on what he described to DX as a collaboration of, “street dudes [who were like], ‘Let’s do some real shit for Hip Hop.’”

With a video forthcoming for the street album’s first single, “Send A Kite”

, to trail the recent NahRight.com-presented, Court Dunn-directed one-shot clip for “Legal Money,” the emcee/aspiring filmmaker is officially on his visual grind.

“I’ma shoot a lot of viral joints [for songs from The Green Ghost Project],” said Styles. “I’m trying to get my little filming on myself.”

But even with all of the viral videos and promotional work put in online for The Green Ghost Project, Styles gave a rather surprising reply when asked by DX why, in this current climate, listeners should purchase a mixtape they could easily download for free?

“I ain’t telling ‘em to cop it,” Styles scoffed. “You should cop it if you wanna just get real music, but you don’t even have to cop it if you don’t wanna. I did this for the fans. I did this for love of the Hip Hop. I ain’t really put it out there to be worried about – This particular project I just did to get it off my chest. It’s something I wanted to do. I wasn’t worried about who’s gonna cop it, who’s not gonna cop it, so they don’t even have to cop it. They can just go listen to it for all I care. Don’t buy it, just take the time to respect the real Hip Hop laid down. But if you buy it I would highly appreciate it.”

In addition to what will surely be his highly appreciated project with Green Lantern, Styles confirmed to DX that The L.O.X. are currently hard at work on their long-delayed third group effort, New L.O.X. Order.

But contrary to some previous reports, Styles revealed to DX that the deal is not yet done to bring the trio back to Bad Boy Records for the release.

“We’re in the talking [stage] right now,” Styles clarified of the negotiations between the group and their first recording home. “Definitely in talkings.”

When asked if the group is talking with any other labels besides Bad Boy to release the new L.O.X. album Styles replied, “Nah, we talking to Diddy, we ain’t talking to nobody else. Ain’t no need for us to talk to nobody else.”

Given the group’s very messy move from Bad Boy to Ruff Ryders Records a decade ago, the obvious question is how did this reunion with the man they once publicly battled for their freedom come to be?

“I mean, we always doing shows – the concerts, the Summer Jam’s and all that – together, and he always spoke about it, always bringing it up,” said Styles of Diddy’s persistence in attempting to bring The L.O.X. back to Bad Boy. “And sometimes ya know…just shit happens in life. I don’t know better how to put it than that.”

Before the ink can dry on a new contract with his former recording home, Styles will be releasing some of his own ink via the fiction novel, Invincible. The book is due in April, the product of famed “Hip Hop fiction” novelist Nikki Turner’s deal with Random House to release a string of “urban fiction” titles.

“I wasn’t gonna do [a memoir of] my life in the industry and all of that kind of shit,” said Styles of his choice to pen a work of fiction. “Nah, I’m trying to display my artistry, my creativity. The storyline is basically it’s an action-mystery of a dude who has his life endangered…a dude trying to stay positive, his store ends up getting robbed, he shoots the people who robbed him, ends up going to jail, [and] while he’s in jail he gets a mystery letter from someone that wants to kill him, his lady ends up leaving him, he sees old friends – he don’t know whether he can trust ‘em or not…and it’s just an action-packed mystery adventure from The Ghost.”

Pinero casually launched his literary career one day when he found himself without anything to read, as he explained to DX, “I usually travel with a book. I ain’t have my traveling book that day and I was like, ‘You know what? I might as well give [writing my own] a shot, and it’s something I wanted to do so let me just try to keep pace and see what it do.’”

Already working on his next novel, and also aiming to start delving into film projects soon, Styles seems to be signaling the start of his post-music career.

“I’m really trying to tap into my creative side when it comes to books and films,” he noted. “You gotta do what you wanna do in life or you’ll never have no fun. I love music, but if I don’t expand and try to do the other things I wanna do I won’t be satisfied.”