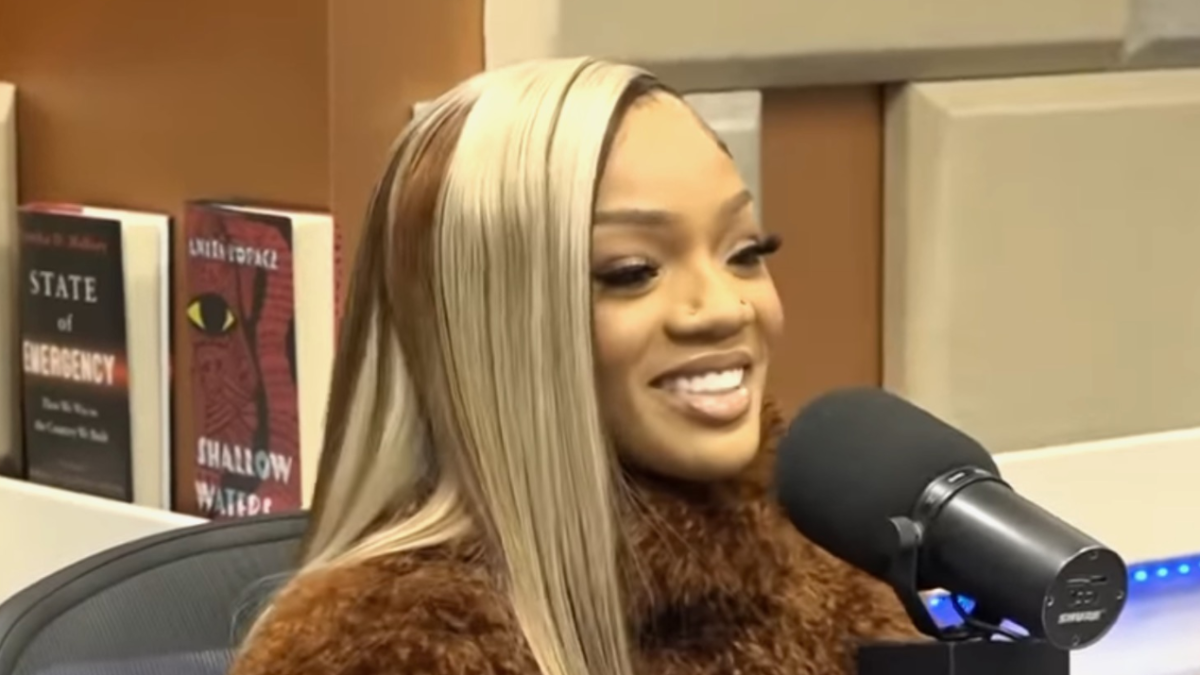 GloRilla has dealt with her fair share of body shamers over the past year or so, but regardless of the haters she’s still proudly showing off her body.

The Memphis, Tennessee star paid a visit to The Breakfast Club on Wednesday (November 30), and Charlamagne Tha God mentioned how funny he thought it was that Big Glo would tweet she’s thick and won’t let anyone tell her otherwise in the past.

GloRilla then stood up, fixed herself and shook her backside a bit to accentuate the “thickness” she’s working with. As she was showing off her rear end, Charlamagne turned his head away while Angela Yee made fun of him for doing so.

Over the summer, GloRilla had some words for people who were criticizing her looks and slim frame on her Instagram Story. She wasted no time addressing those who suggested she’s had body work done, such asa Brazilian Butt Lift.

“This my last time addressing this, you MFs better get [used] to this slim body, green pretty ass eyes & big beautiful nose of mine,” she wrote. “Cause ain’t a damn thing gone change. y’all can hate y’all self all ya want but I luv me some BIG GLO.”

The post quickly caught Coi Leray‘s attention, who had also been scrutinized on social media for her petite frame and lack of curves over and over again. She wrote: “SHE SAID WHAT SHE SAID!!”

GloRilla isn’t letting any critics stop the freight train she’s currently on. The Memphis rapper is now a Grammy-nominated artist, has a co-sign from Nas and linked up with Cardi B for the “Tomorrow 2” remix.

If that weren’t enough, Big Glo is about to go on her first headlining tour across the country. The nationwide journey will kick off on January 27 in Charlotte, North Carolina and has the rapper making stops in Houston, Chicago, Atlanta, Las Vegas, New York City and more before wrapping up in Washington D.C., on February 25.

“SO EXCITED!! I’m going on my VERY FIRST TOUR!!! Get the presale code when you join my Discord [two guerrilla emojis],” she captioned a flier for the tour. “Presale starts 11/17 @ 10AM local time. Public on sale Friday, Nov 18 at 10AM Local. BIG GLO & GANG EM COMING TO UR CITY !”

Tickets for the tour are available now over at Ticketmaster.com.