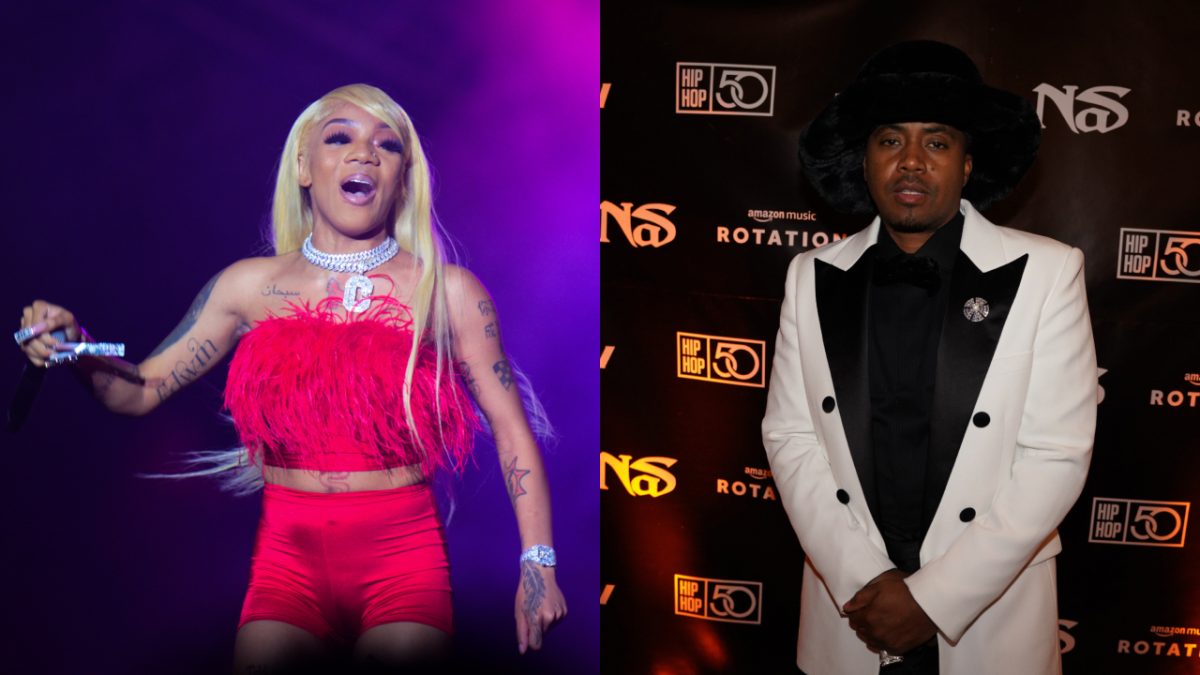 GloRilla has had an amazing 2022, but it got even better this week when she was both nominated for a Grammy and shown some love by Nas on his new album King’s Disease III.

“I love that so much, Nas is a big legend for real,” Glo said. “That’s super big. Like I never in a million years.”

Nas spoke about the “Tomorrow” rapper on his album’s closing bonus track “Til My Last Breath,” where he raps, “I’m applying pressure, I see why she prеssed (Why she pressed)/ When she with me she GloRilla, FNF (FNF)/
N-A-S, I’m steppin’ ’til my last breath (My last breath, yeah).”

GloRilla had even more reasons to celebrate on Tuesday (November 15) when news broke that “F.N.F” was nominated for Best Rap Performance.

“The same song they was clowning me & my friends about saying we was Ugly & Dusty just got nominated for a Grammy,” she wrote on Twitter. “WHEN GOD IS ON YOUR SIDE YOU CANNOT FAIL.”

The same song they was clowning me & my friends about saying we was Ugly & Dusty just got nominated for a Grammy !!!!!!!!! WHEN GOD IS ON YOUR SIDE YOU CANNOT FAIL 🔥🏆

GloRilla initially broke out with her hit “F.N.F (Let’s Go),” but earlier this month encountered legal issues with the song’s producer, Hitkidd.

The producer scolded GloRilla on Twitter after the Memphis rapper and her team allegedly tried to obtain ownership of the track.

“So basically these folks are trying to take me to court over ‘FNF’ because they want to OWN the song, BUT they want to own the song to put it on this EP which both parties knew,” Hitkidd wrote. “So tell me how you gone PUT ‘FNF’ in your contract without telling me, AFTER…

“I told you & your MANAGER everyday that we was in LA with Saweetie, that labels are going to try to sign you because of FNF so watch out. I also told you to let me know when labels reach out so we can be on the same page, but you still went and signed my song without telling me.”

He added: “I did my best to protect you and the girls. This is only a portion of what I’ve been through. I’m bringing light to this before word get out like I’m the bad guy. I’m a stand up guy and I stand on business and morals.”

GloRilla responded on Facebook and accused Hitkidd of being “salty” because she ended up signing with Yo Gotti’s CMG collective and not to his label.

“N-ggas been salty every since ian sign to Dey label to be a group for $0 smh,” she wrote along with multiple crying face emojis.

GloRilla added that HitKidd sold the song for $50,000 before it went viral.

“One more thing before I log out N-GGA YOU SIGNED DA SONG AWAY THE FIRST WEEK( WITHOUT ME KNOWING) FOR 50k BECAUSE YOU DIDNT KNOW HOW BIG IT WAS GONE BE !!!!! SHOULD I KEEP GOING ??????” she asked.

In better news, GloRilla gave her “Tomorrow 2” single with Cardi B the visual treatment last month. The single has become equally as popular as “F.N.F.,” thanks in part to the viral dance and Cardi’s co-sign, and the track currently has over 22 million streams on Spotify.