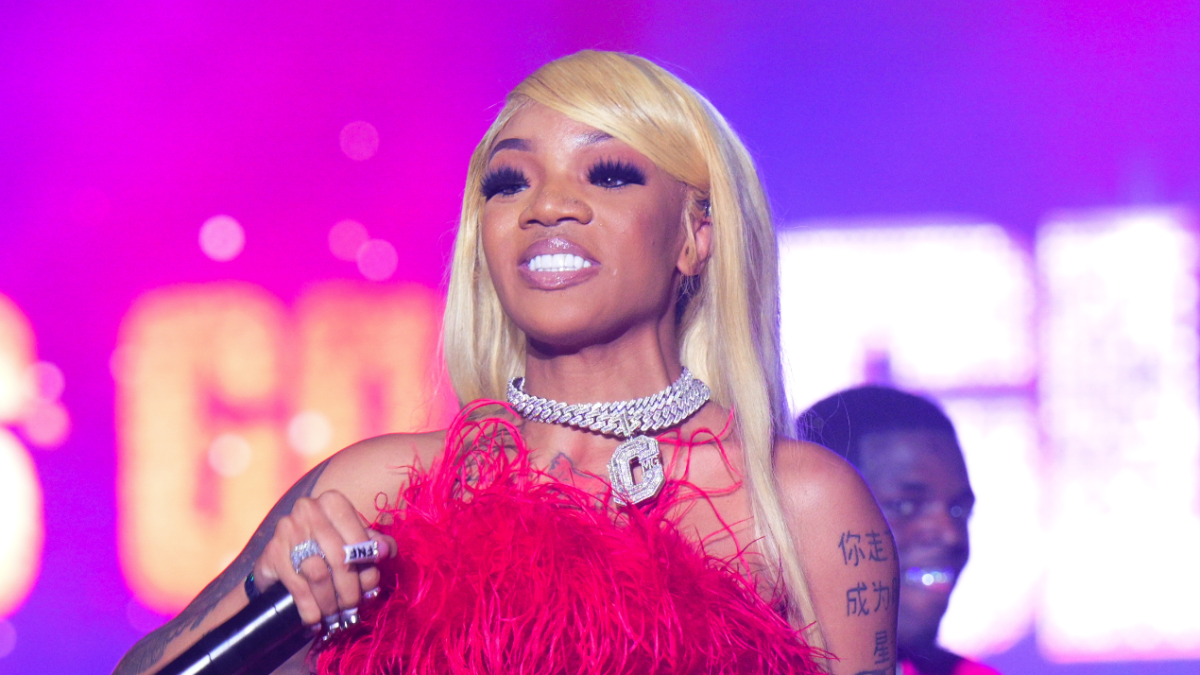 GloRilla is getting ready to release her debut EP Anyways, Life’s Great, and she’s getting things started by revealing the cover art and tracklist.

The Memphis, Tennessee native hopped on Instagram on Monday (November 7) to share the news with her fans along with the release date. The album is slated to drop on Friday (November 11), and the cover shows Big Glo sitting on the floor wearing shades, a metallic top and red leggings.

As for the tracklist, the EP will come equipped with nine tracks and features from Cardi B, Nikipooh and Hitkidd. As expected, the Cardi-assisted “Tomorrow 2” and the smash hit single “F.N.F (Let’s Go)” will be featured on the EP.

“Excited to share the official cover for my debut EP ‘Anyways… Life’s Great’ dropping FRIDAY 11/11,” GloRilla wrote in her caption. “Super Excited for this my anxiety thru the roof lmaooo GloRidaz!!! I need everybody to go run up the pre-save (p.s) I got something for y’all tomorrow.”

GloRilla has been on quite the run since dropping “F.N.F (Let’s Go)” in April. She landed a label deal with Yo Gotti’s Collective Music Group and would release a string of singles after that, such as “Blessed” and “Tomorrow.”

Cardi B caught wind of the buzzing artist and admitted she had the song of the summer with “F.N.F. (Let’s Go),” which opened the door for their collaboration “Tomorrow 2.” The song was unleashed in September and came with an official music video that found the rappers running amok in New York City.

While she’s building up credibility with this amazing run she’s on, GloRilla is also offering up doses of comedy to her fans. Last month, Glo revealed she didn’t know foxes actually existed during an interview with Kiss FM.

Presenter Henrie Kwushue explained that London has a fox problem, with the city’s animal population prowling the streets at night and getting up to all sorts of mischief. However, GloRilla was shocked to find out that was an actual thing.

“Foxes? What’s that?” she said. “The animal, fox? Y’all got them out here? That’s normal? So they like dogs? So y’all not scared of them? So they orange? I can’t believe it. I never even knew foxes was real.”