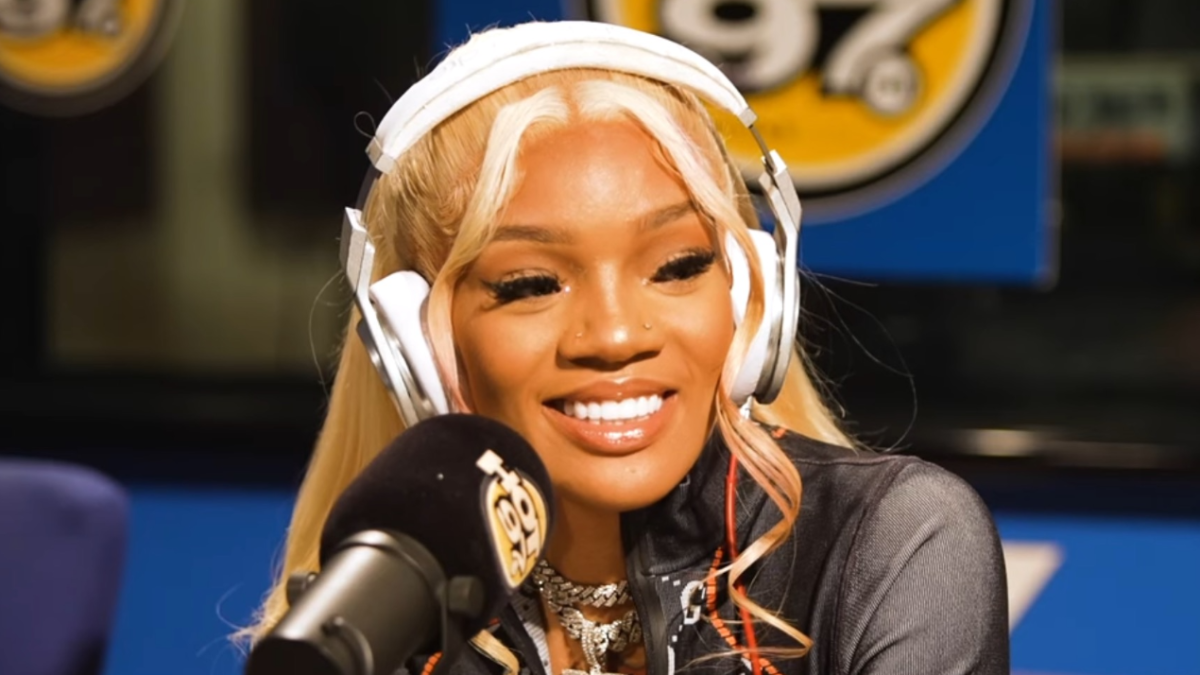 GloRilla is the latest rapper to stop by Funk Flex‘s popular Hot 97 radio show to deliver a vicious freestyle — check it out below.

The visit started with Flex highlighting Big Glo going three for three with her singles “F.N.F (Let’s Go),” “Tomorrow 2” featuring Cardi B, and her new track “Gangsta Boo” with Latto. According to Flex, he loves each of those records and praised the Memphis, Tennessee native’s raw energy. Flex then asked DJ Juanyto to lace Glo with an instrumental and she wasted no time heating the microphone up with her fiery rhymes.

“I’m just a hood bitch that got some money now/ I be eating so good, sometimes I can’t run my stomach out/ They told me, ‘I should gain some weight,’ I’ll prolly buy 100 pounds/ They bashin’ me for runnin’ up, man, they ass be runnin’ out/ Shout out to Yo Gotti, made me rich, about $500K/ Put in all the work and made it again in 100 days/ How I keep these bitches talking, I done learned 100 ways,” Glo raps.

She continued: “50-50 with my n-ggas we can make 100 plays/ Shirt probably say Gucci but it’s Dolce on my feet/ Member standing in the kitchen, roaches running cross my feet/ Used to open up the fridge wasn’t shit in there to eat/ That’s probably why I never rest I used to have to eat my sleep.”

Last month, GloRilla made headlines with her debut EP, Anyways, Life’s Great. The nine-track project served as Glo’s official Collective Music Group debut and also boasted features from Niki Pooh and Cardi B, who was featured on the runaway hit single “Tomorrow 2.”

The “Nut Quick” rapper is becoming so popular that fans are beginning to unearth old videos of her before she became famous. Earlier this week, a video of GloRilla working at a fast food joint surfaced online and showed her infectious personality.

The clip opens with her donning a headset and taking orders from customers while having a live stream with friends.

“I’m gone get me some free food,” GloRilla says, mimicking someone that commented on her live stream. “Yeah get your ass back. Wassup Gap? You better get your ugly ass back for I block your ugly lame ass.”

A customer then approaches the intercom outside the restaurant to place an order which causes Glo to turn her headset on and ask how can she be of service. She asks the customer if they want their order in the medium or large option twice before the clip cuts off.