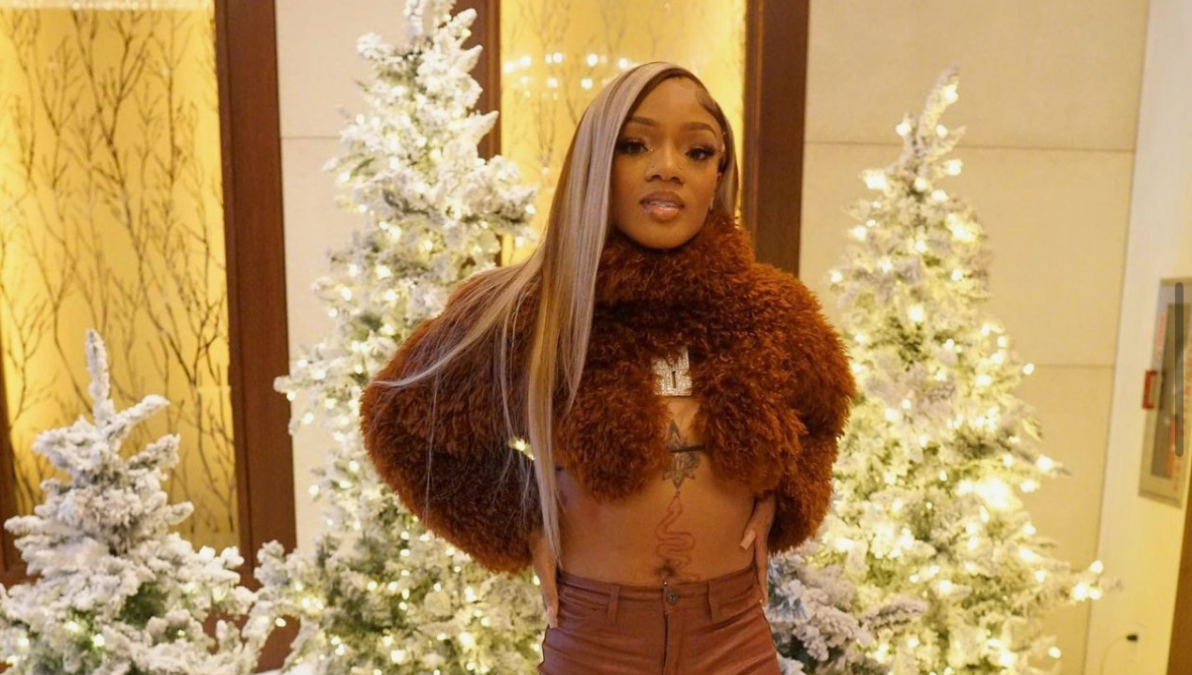 GloRilla — like most rappers — had to start somewhere before achieving the fame she has now, and a video of her working a fast food job in the past has now gone viral.

On Wednesday (November 30), a TikTok user shared the clip of Big Glo donning a headset and taking orders from customers while having a live stream of some sort. In the clip, GloRilla makes the best of her time at work chatting it up with people.

“‘I’m gone get me some free food,’” GloRilla said, mimicking someone that commented on her live stream. “Yeah get your ass back. Wassup Gap? You better get your ugly ass back for I block your ugly lame ass.”

A customer then approaches the intercom outside the fast food joint to place an order, and Glo snaps into action by turning her headset on and asking how can she help them. She asks the customer if they want their order in the medium or large option twice before the clip cuts off.

The wholesome post shows GloRilla to be the same person she’s always been since blowing up on the scene this past summer. The same fun-loving Memphis, Tennessee vibe she presents in her music today is present in the viral clip.

“The same song they was clowning me & my friends about saying we was Ugly & Dusty just got nominated for a Grammy,” Glo wrote on Twitter while celebrating her nomination. “WHEN GOD IS ON YOUR SIDE YOU CANNOT FAIL. BUT GOD.”

GloRilla also received a shoutout from Nas on the King’s Disease III closing bonus track “Til My Last Breath,” where he raps: “I’m applying pressure, I see why she prеssed (Why she pressed)/ When she with me she GloRilla, FNF (FNF)/ N-A-S, I’m steppin’ ’til my last breath (My last breath, yeah).”

TMZ caught up with the Memphis native shortly after King’s Disease III dropped on November 11, and the young rapper was thrilled by Nas’ shoutout.

“I love that so much, Nas is a big legend for real,” Glo said. “That’s super big. Like I never in a million years.”