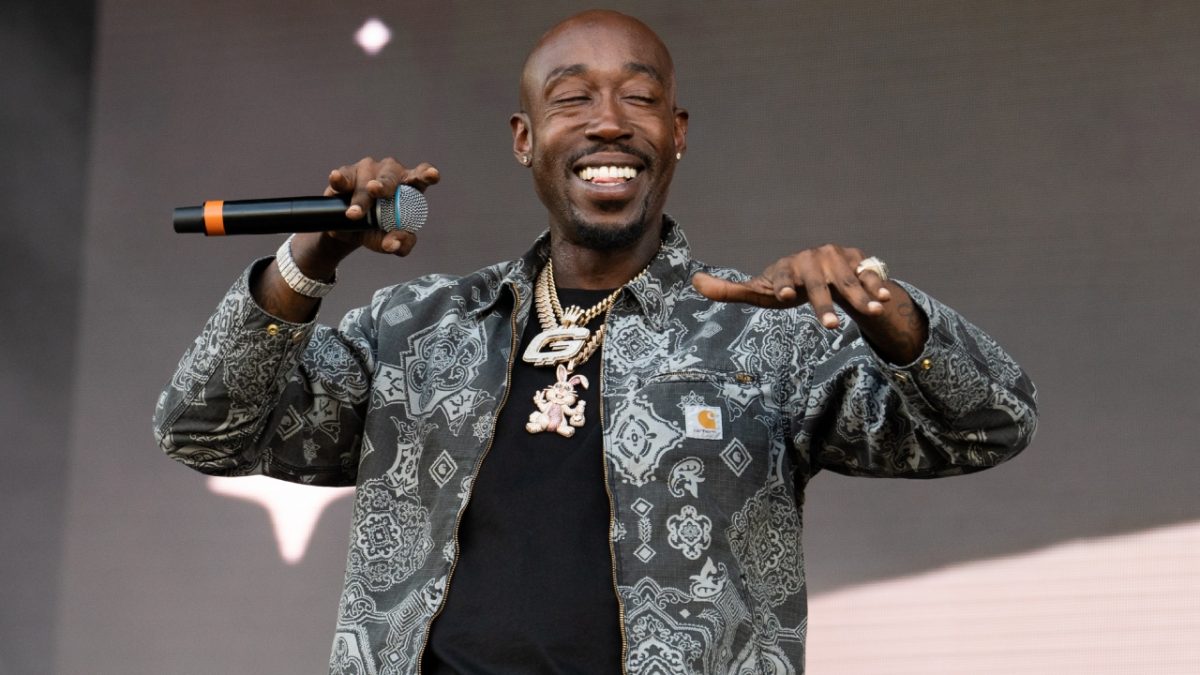 Freddie Gibbs Is Working On Four Joint Projects: 'I'm Making The Best Music Of My Life'

Freddie Gibbs has announced that he’s working on four joint albums and is creating is some of the “best music of his life.”

The comments were made during a sprawling interview with XXL, and while Gibbs couldn’t offer many details about the projects at present, he did tease collaborations with heavyweight producers The Alchemist, Madlib and Boi-1da.

“I’ma hit y’all with some shit that y’all thought y’all was ready for, but you really ain’t ready for,” he said. “Alchemist and Madlib ain’t goin’ nowhere, so keep that in mind. And me and Boi-1da in the studio now real, real, real heavy. I’m making the best music of my life, so it’s no reason to stop. And I’m the king of R&B, so I gotta do that album as well.”

The Gary, Indiana native also reveleaed a handful of names on his wish list of future collaborators, including Kodak Black and Future — his “current favorites,” according to XXL — as well as JAY-Z and Lil Wayne.

Word of new music from Gangsta Gibbs comes after he released his fifth studio album $oul $old $epeartely on September 30. It marked his most successful solo project to date, debuting within the top 20 on the Billboard 200 and moving around 22,000 album-equivalent units in its first week.

His comments also comes as something of a surprise considering the ESGN boss suggested $oul $old $eparately would be his final album. “No. this my last album. Ask Madlib,” Gibbs replied to a fan who asked him about the the rumored follow-up to 2019’s Bandana during an Ask Me Anything (AMA) session on Reddit last year.

Gibbs echoed that sentiment in an interview with Bootleg Kev last October, in which he expressed a lack of desire to record another full-length project.

“Every time I do an album I feel like I might not do another one. I got a lot of stuff to do,” the budding actor admitted. “This whole process recording an album, I barely got to see my kids. I’m really ready to just chill, dawg. I don’t know if I can go through the process of recording an album no more.”

However, the 40-year-old rapper also teased the prospect of reuniting with The Alchemist to follow up their 2020 Grammy-nominated collaboration Alfredo, saying they “flirt” with the idea all the time. “If I was to do another album it would be that one,” he said.

Music aside, Freddie Gibbs also made his acting debut in 2022, starring in Diego Ongaro’s Down with the King, which The New York Times said should have snagged Gibbs the Best Actor nomination at the forthcoming Academy Awards.

In an article published by the outlet titled “And The 2023 Oscar Nominees Should Be …” the paper’s culture critics Manohla Dargis and A.O. Scott went through each Oscar category and selected those they felt were snubbed out of a proper nomination, placing Gibbs alongside Daniel Kaluuya, Jafar Panahi, Franz Rogowski and Viggo Mortensen.

“Bruhhh,” Gibbs wrote on Twitter alongside a head-exploding emoji while reacting to the lofty praise.

Gibbs previously told Desus & Mero that once he was cast in the role, he began studying his favorite Hollywood actors like Samuel L. Jackson.

“I really been studying cats like Samuel L. Jackson — that’s my favorite actor of all time, period,” he said. “So I just been looking at some stuff and tryna figure my way out and some things I wanna do, and like I said, really studying and writing and starting to get a vibe for it.”