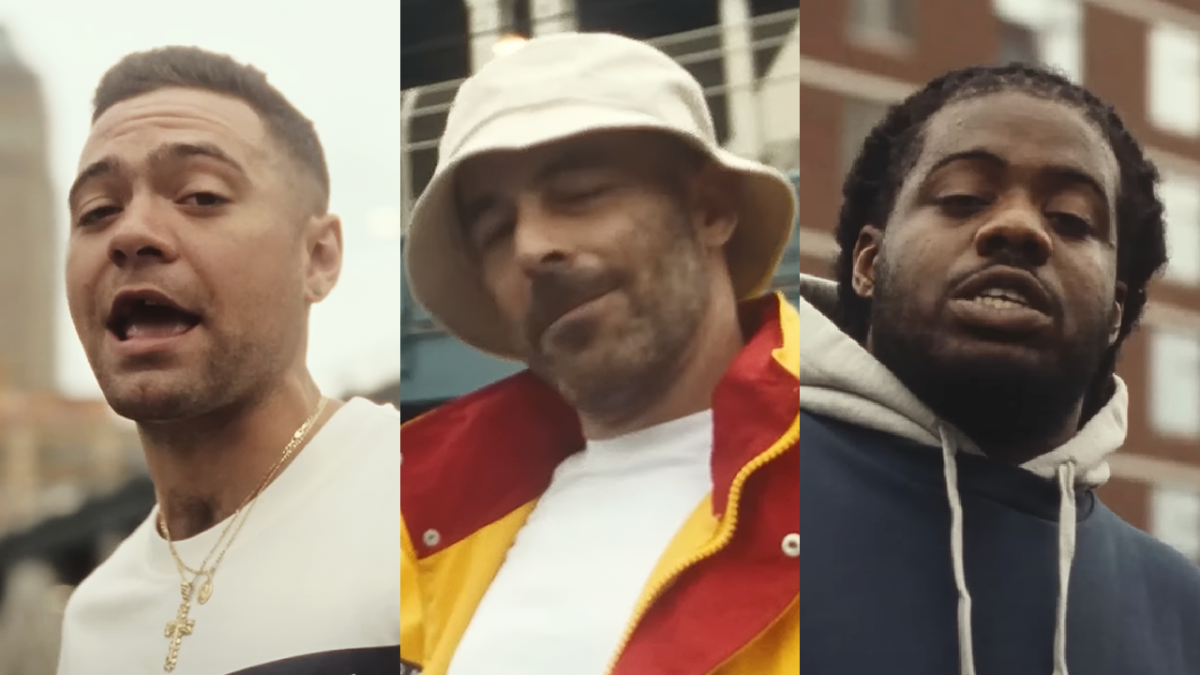 The Alchemist has released a brand new EP featuring collaborations with Wiki and MIKE, extending his rich history of soundtracking some of Hip Hop’s best kept secrets — check it out below.

The surprise care package contains three songs that capture the trio’s range of talents: the soulful “One More,” the gritty, Wiki-helmed “Be Realistic” and “Odd Ways,” which hears MIKE getting off his typically introspective bars over mellow, mystic production.

“One More” comes complete with an accompanying music video directed by Nicholas Stafford Briggs and finds The Alchemist, Wiki and MIKE kicking back in the heart of New York City, the concrete jungle that has molded their respective styles.

“I go back a long time with my guys @patta_nl. While in amsterdam last year we linked & they were telling me they were getting ready to do their second collaboration with @tommyjeans,” The Alchemist explained on Instagram. “Before they created the powerhouse that is Patta, they used to run the Fat Beats store in amsterdam, so music, (vinyl in particular) has always been a mutual world for us.

“They mentioned that they were thinking about adding a musical component to the drop. Maybe even a limited vinyl, old school 12” style with the instrumentals, available only in-store when u make a purchase of an item from the capsule. The conversation bled into us talking about the sound and style of new york in the 90’s that we all grew up & out of, and how it all inspired us. The 1st time i ever heard the word Girbaud or Hilfiger was from a Grand Puba verse.”

The Alchemist, who previously collaborated with Patta on a capsule collection for his LULU project with Conway The Machine in 2020, hinted that the EP is just a taste of what’s to come from Wiki, MIKE and himself.

“They said they wanted to do something with @wikset, & asked me if there were any other dope new artists from NY I thought would be dope to add to the mix,” he continued. “I showed them one video of @mikelikesrap and they were instantly sold. I had been working with Mike & had been wanted to work with Wik, & they already rocked with each other, so it was perfect.

“We all linked in Amsterdam, ate some fire Surinam food, listened to beats, and put the play in motion. They said do whatever we want and gave us full creative control with the music. We ended up making a full plate, but the first course is a 3 song 12” featuring Mike & Wiki, produced by The Alchemist, brought to you by Patta & Tommy Hilfiger.”

The Alchemist has enjoyed another busy year in 2022. The veteran producer has released two critically-acclaimed collaborative projects — Continuance with Curren$y and The Elephant Man’s Bones with Roc Marciano — in addition to picking up credits on Kendrick Lamar’s Mr. Morale & The Big Steppers, Freddie Gibbs’ $oul $old $eparetely and Benny The Butcher’s Tana Talk 4, among other albums.

Wiki, meanwhile, recently dropped the joint project Cold Cuts with New Jersey-bred producer Subjxct 5, while MIKE toured with Freddie Gibbs this past summer and is currently gearing up to release his new album Beware of the Monkey on December 21.

Stream The Alchemist’s EP in full below: