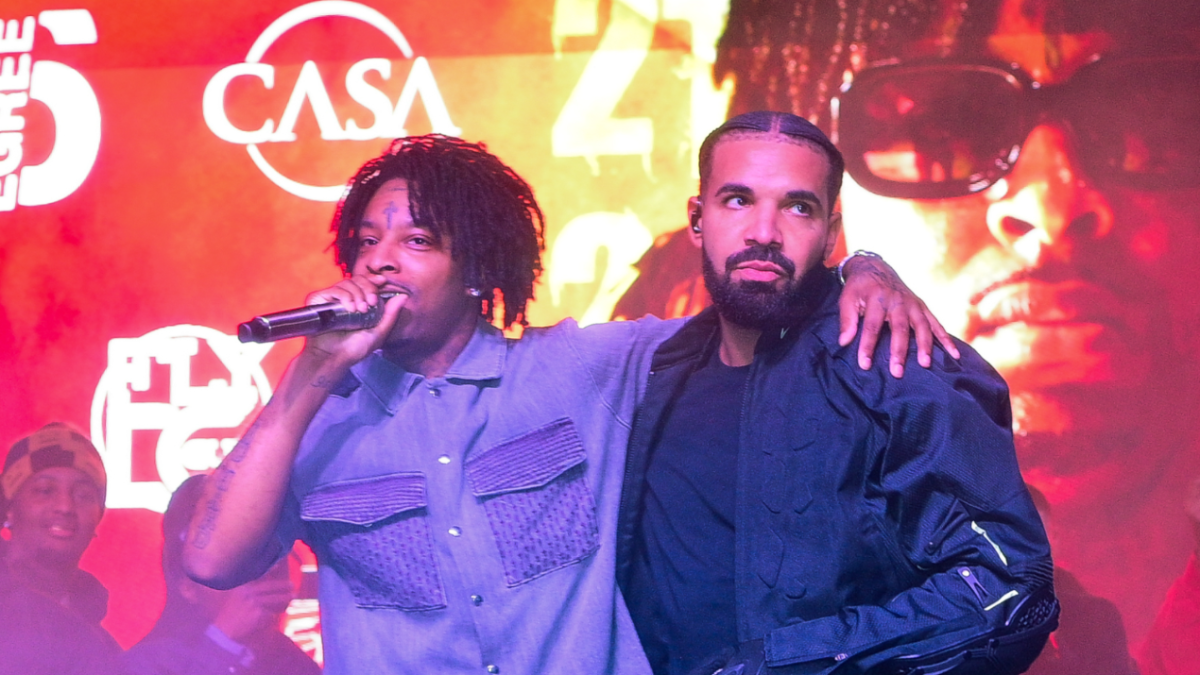 Drake and 21 Savage have released the cover art and official tracklisting for their upcoming collaborative album Her Loss.

Due out on Friday (November 4), the duo got the hype train moving for the album on Thursday (November 3) by sharing the cover art, which shows a picture of model Qui Yasuka, also known as Suki Baby, with a band-aid under her right eye with gold open-face caps on her two front teeth.

Later in the day, they returned with the official tracklist that shows Her Loss will come equipped with 16 songs. It’s unclear if the album will have any features, but it is executive produced by Drizzy and 21.

The cover art and tracklist come after Drake and 21 Savage have spent much of the week on a hilarious album rollout featuring the duo partaking in fake media appearances.

21 Savage spoke about his affiliation with his birth country England and being a bookworm listing Charlotte’s Web and Harry Potter as some of his favorites. The Atlanta native also did a fake segment with Vogue where he revealed the contents of his bag.

Her Loss was previously scheduled to be released on October 28, but was pushed back due to Drake’s producer and engineer Noah “40” Shebib contracting COVID-19.

Drake and 21’s previous collaborations include songs such as “Sneakin,” “Mr. Right Now,” “Knife Talk” and the chart-topping “Jimmy Cooks.”

The album is expected to be a moment and caused rappers such as A Boogie wit da Hoodie to push back his own project. According to a tweet from Boogie, he didn’t want to have a sales showdown on the charts against Drake and 21 Savage.

“Sorry but Album dropping in December now, Drake was dropping same day and I’m not with that #HOODIESZN,” he wrote with a series of laughing emojis on his Instagram Story.