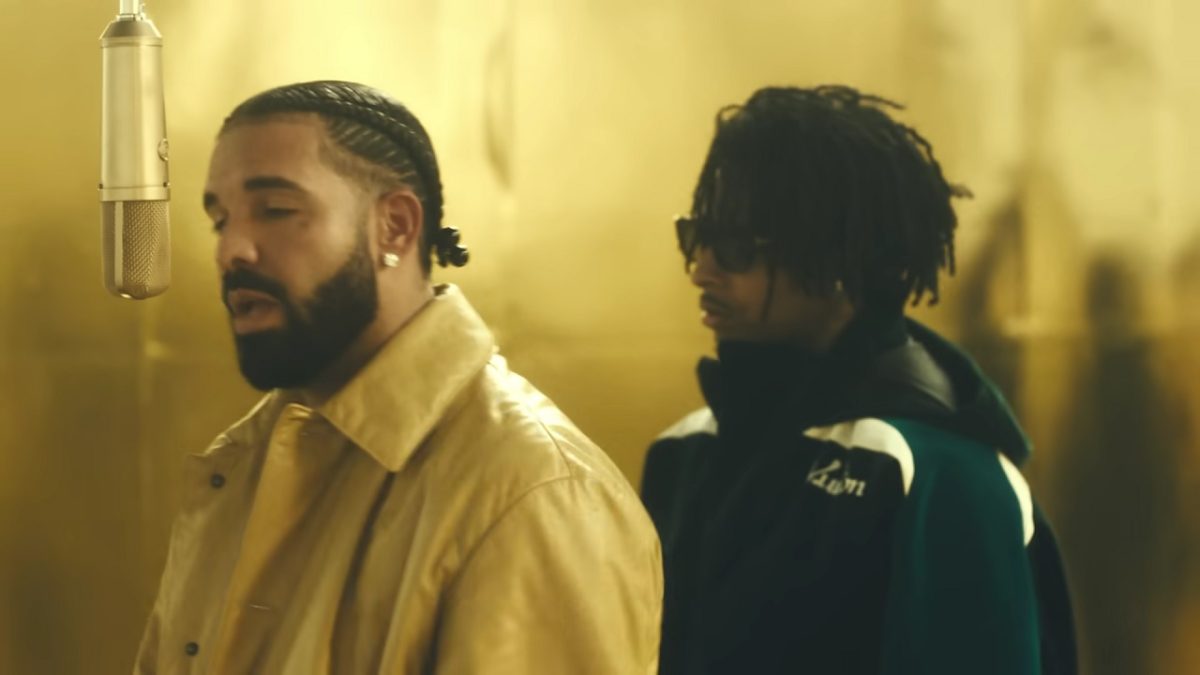 Drake and 21 Savage have opened up about the creative process behind their project Her Loss, revealing that they helped write each other’s verses.

In a clip of a recent interview, 21 Savage can be heard describing how Drake offered direction in the studio before making the confession.

Drake then chimed in, admitting that the support went both ways. “By the way, you also helped me with shit too,” he said while laughing.

This isn’t the first time 21 Savage has shared responsibility for Drake’s lyrics on the collaborative effort. Shortly after the album was released, the Certified Lover Boy rapper came under fire for a series of jabs aimed at Megan Thee Stallion, D.R.A.M. and Serena Williams’ husband, Alexis Ohanian.

During an appearance on Akademiks’ Off The Record podcast, the Slaughter Gang rapper revealed that he was fully aware of Drizzy’s lyrical darts while making the project — and only encouraged him to let the proverbial chopper fly.

Lil Yachty, on the other hand, defended the controversial line on “Circo Loco”in which Drake seemed to refer to Megan’s 2020 shooting, for which Tory Lanez is currently awaiting trial.

“I’mma clear this line up cuz I know Drake’s not gonna do it,” Yachty, who has production credits on Her Loss, said during an Instagram Live. “Had nothing to do with Megan. It’s just about women lying about their butt being real when it’s not. And like “stallion” as in ‘she’s still fine.’ Like a stallion! That was it.”

Despite the controversy, Her Loss notched another No. 1 album for Drake and 21 Savage while breaking at least one record. The album debuted in the top spot on the Billboard 200 chart after tallying over 400,000 equivalent units in its first week.

Drake and 21’s joint LP reportedly produced one of the biggest streaming weeks ever, generating around 500 million. It was Drizzy’s second time this year topping the Billboard 200 following his seventh studio album, Honestly, Nevermind, which arrived in June.