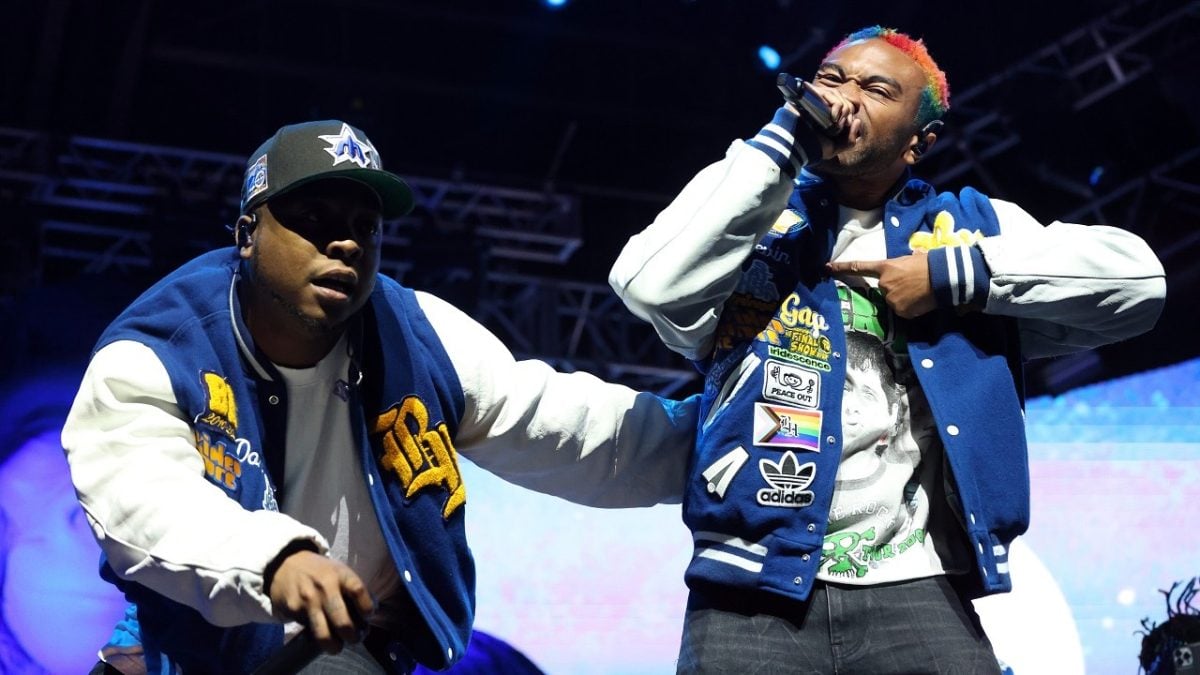 BROCKHAMPTON have performed their final show just days after delivering a surprise album as the group takes a delayed “indefinite” hiatus.

Fans of the Texas-based supergroup were only given two days to prepare for their farewell performance, which took place at the Fonda Theater in Los Angeles on Saturday night (November 19).

The show saw BROCKHAMPTON perform a total of 26 songs, including new tracks from their final two albums, The Family and TM, which were released on Thursday (November 17) and Friday (November 28), respectively.

BROCKHAMPTON shared news of both TM‘s arrival — a day after the planned release of La Familia — and the L.A. show on Thursday night. Those who could not attend in person were given the opportunity to catch a live stream via Amazon Music and Twitch. Check out the full two hour performance below.

BROCKHAMPTON originally revealed that they were going on hiatus in January, announcing that all of their 2022 performances had been canceled, with the exception of a show at the O2 Academy Brixton in London in February and a set at Coachella in April.

Ahead of the formal announcement, the group’s de facto leader Kevin Abstract had hinted that 2021 would see the release of the final two BROCKHAMPTON albums. However, the year closed out with Roadrunner: New Light, New Machine the only project being released.

The group would go on to close out their Coachella 2022 performance with an onscreen announcement that read: “THE FINAL ALBUM 2022.”

On Thursday, after the release of La Familia, BROCKHAMPTON shared a post to their social media accounts that celebrated the release of the album, but also included a note at the bottom right corner that read, “SURPRISE ALBUM (TM) MIDNIGHT LOCAL.”

Kevin Abstract later shared a poignant note thanking fans for their support, revisiting the birth of BROCKHAMPTON and explaining how their final album became two projects.

“As most of us did, I shut down once I hit middle school,” Abstract wrote. “I was afraid to be vulnerable with my mom. I remember not feeling good enough for my dad. I remember pretending to be somebody new depending on who I was around. I used to wanna be an actor, My 14-year-old self was in pain. I was lost. Trapped. And so I dreamt. For reasons similar, but unique, everyone in this group dreamt too.”

“Everyone took a risk,” he continued. “We found each other and planted out own trees. I had a vision when I posted, but the way it would end up not only changing my life but having an impact on the culture we grew up on? Thank you.”

He added that he understood that some BROCKHAMPTON fans were disappointed that he ended up being the group member rapping on La Familia, attributing that to the fact that he and his groupmates had started moving their separate ways and focusing on individual projects.

“With [TM] a few of us were inspired to make something new that would bring closure to the past and set the table for all of us to finally be able to explore our individual futures,” Kevin Abstract concluded. “I hope you understand and enjoy the music.”