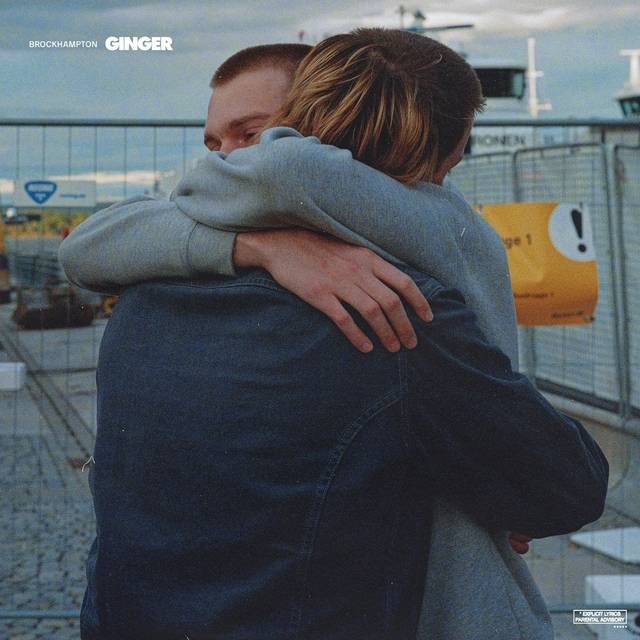 Since signing to RCA, Brockhampton have become much more scarce in their output. Even if their recent creative risks occasionally haven’t paid off, there was an unmistakable aura of confidence on their last album Iridescence and group leader Kevin Abstract’s solo project Arizona baby.

But Ginger, their fifth studio album, represents a dip in quality and a sign that perhaps it’s time to get back to the drawing board. Though there are a few bangers and tracks that showcase an impressive amount of emotional depth, the album often sounds scattered and chaotic.

Ginger consists of two competing records: on the one hand, there are songs that are fully realized ideas, while on the other there are tracks which would make more sense as demos leaked to appease fans between album cycles. The album begins with the former. “No Halo,” featuring the singer Deb Never, embodies one of the group’s often visited themes — youthful angst. On the chorus, Never, Matt Champion and Merlyn repeat a simple but haunting hook: “I’m sure I’ll find it/ No one help me when my eyes go red.” And on the verses, Dom McLennon, Joba and Merlyn rap about their feelings of confusion and despair. The track is a simple slow burner, giving space for everyone to demonstrate their talents with its guitar strums and minimal percussion.

The rest of the project doesn’t match this seamless cohesiveness. But there are still a few gems: “Sugar” is their best foray into genre-bending on the entire album, while “Boy Bye” and “If You Pray Right” are the kind of quirky bangers that made them famous. And even if it comes off as a draft of a much better idea, “Heaven Belongs To You” is tantalizing with its playfully sinister production.

These successes are overshadowed by some seriously disjointed tracks. “Dearly Departed” is a mess. It starts off on a familiar note — Abstract giving a spoken-word verse about his woes over woozy instrumentals. Soon afterward, it transitions to Joba giving the worst vocal performance that’s ever made it onto any Brockhampton project. They have never been afraid of sonic experimentation but this is the first time they’ve made music that’s aesthetically ugly. In between Joba’s tone-deaf howls, McLennon and Champion rap half-baked verses about ex-bandmate Ameer Vann. Though the track’s content is compelling because it explicitly addresses a controversy, they are clearly struggling to recreate the sense of chemistry that once came about so naturally.

At other points, there’s a pervading sluggishness. Both “Big Boy” and “Victor Roberts” get drowned out by gloomy production choices. On “Love Me For Life,” Merlyn’s typically charismatic bars barely salvage the track by momentarily bringing it back to life. In the process of becoming more mature, “America’s favorite boyband” has forgotten how to have fun.

While Iridescence proved that the group could survive Vann’s abrupt departure, Ginger exposes their creative limitations. Although their winning streak may be over, Ginger has enough good ideas to suggest that with a bit more editing, Brockhampton can potentially reclaim their footing.