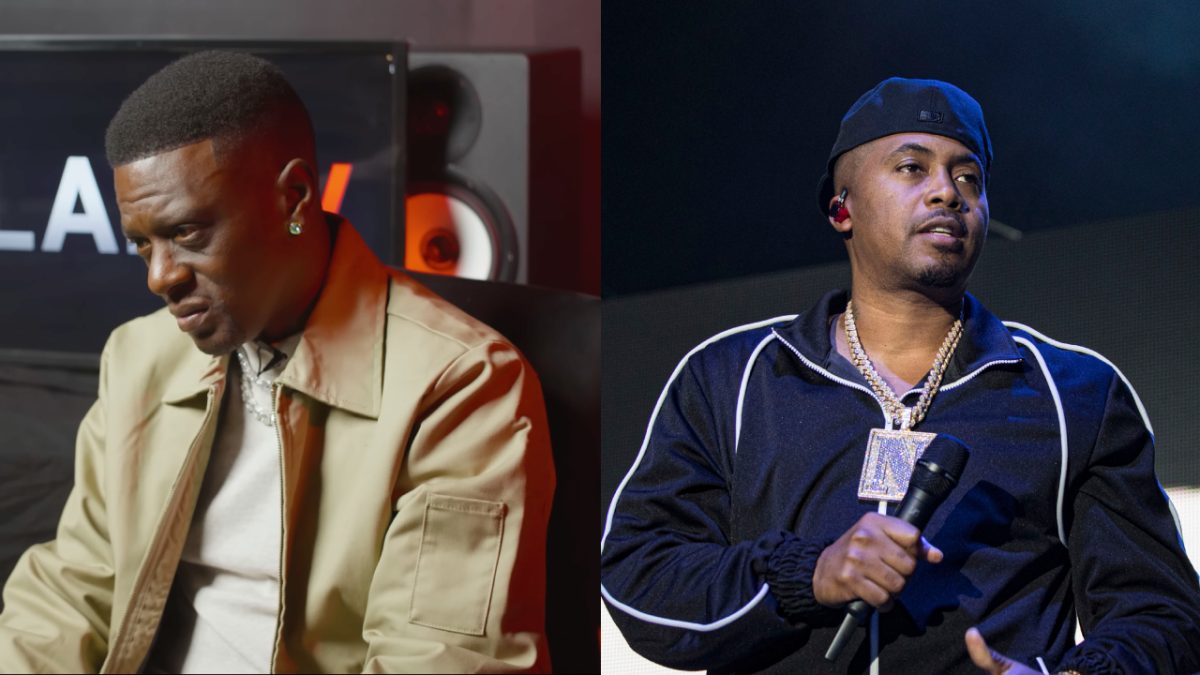 Boosie Badazz On Nas 'Relevancy' Debate: 'Half Of [His Fans] Are Dead!'

Boosie Badazz has shared his thoughts on the ongoing debate involving Nas‘ “relevancy,” and said the Queens legend is “relevant to his fans.”

Boosie’s comments on VLADTV were spurred by claims made by 21 Savage on Clubhouse where he said he didn’t “feel” that Nas was “relevant” in rap. An argument ensued in the chatroom, and once things settled down the Slaughter Gang boss claimed the King’s Disease hitmaker isn’t relevant today, but has a “loyal” fan base and makes good music still.

21 went on to clarify his point in a separate statement on Twitter, writing: “I would never disrespect nas or any legend who paved the way for me y’all be tryna take stuff and run with it.” He has since linked up with Nas for a new song called “One Mic, One Gun,” which dropped on Wednesday (November 30).

“What is relevant to him?” Boosie told DJ Vlad. “You say he has a loyal fanbase, he just won a Grammy, I mean at that age…his records are doing great. I think he might be saying relevance as to social media. So he’s definitely relevant to his fan base.”

“All of them n-ggas in Queens all them…Nas and ‘Pac fans they’re dead. So for him to be winning a Grammy, he still has relevance in his era for sure. I just can’t say he’s relevant as far as today’s thing, but I definitely agree he has relevance because ain’t too many n-ggas doing what he doing at his age…he doesn’t have a Taylor Swift machine behind him.”

Boosie isn’t the only rapper weighing in on the debate. Juelz Santana and Jim Jones defended 21 in a sitdown with No Jumper earlier this week, telling host Adam22 his comments were misconstrued.

“He wasn’t saying it in a malicious way at all,” Santana said.

“I’m just looking at what 21 Savage was saying. I don’t think he meant it as what people were taking it as,” Jones continued. “In today’s society, in the younger generation, these kids are very lit out here and they put ‘lit’ and ‘relevant’ in the same thing when it’s two different things.”

The Harlem natives went on to say that the younger generation needs to define what they think is “lit,” and that if Nas had instead criticized 21 Savage, the comments wouldn’t have been controversial because of his G.O.A.T. status.

“They feel like because 21 ain’t Nas, he don’t got a right to talk about Nas and that’s the fucked up thing in the world we live in,” Santana said. “We all have a right to our opinion because we all do it every day from the comments we make.”

While Boosie and the Dipset pair clearly have empathy for both Nas and 21,  Kodak Black blasted the Savage Mode rapper over his remarks.