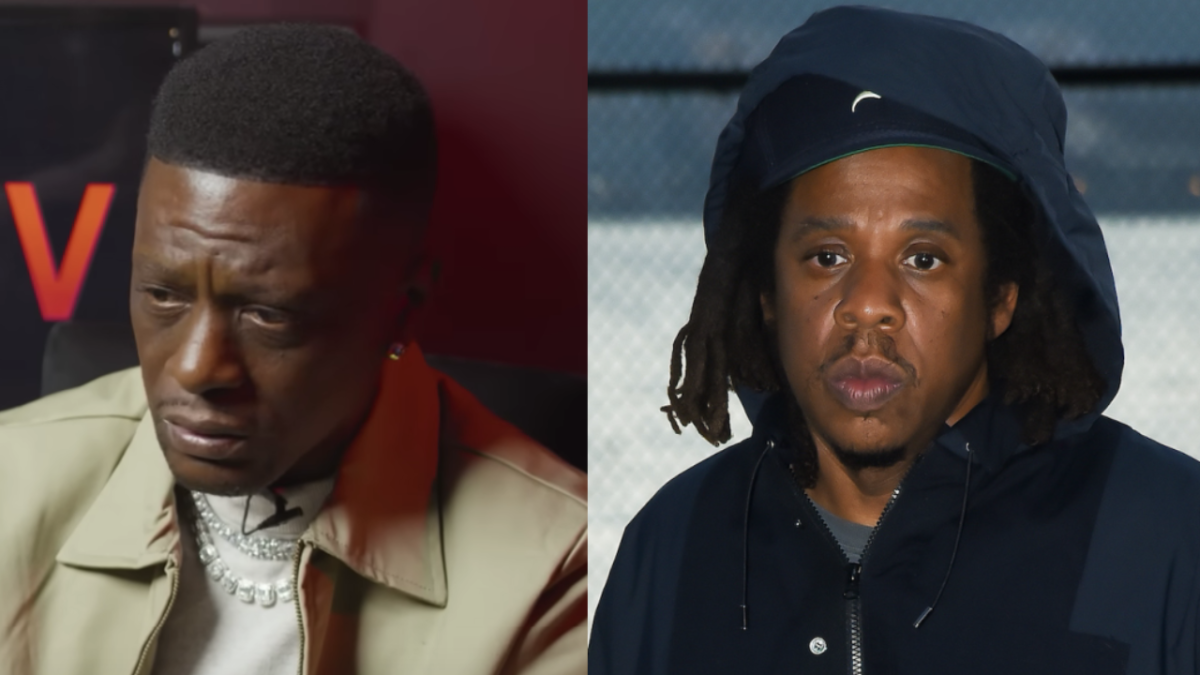 Boosie Badazz doesn’t believe JAY-Z is relevant to the youth in today’s Hip Hop scene — for his music, anyway.

The Baton Rouge, Louisiana native shared his thoughts during a recent interview with VladTV, where he argued Hov’s songs don’t get played in public settings — particularly in the clubs in his current hometown of Atlanta — and therefore don’t carry the same cultural importance as they once did.

“I don’t think JAY-Z is relevant this day for music,” he said. “When I go to these clubs in Atlanta, these 25 to 35 clubs, I’m not hearing Nas, I’m not hearing JAY-Z. Every club I’m going, it’s not one or the other, Vlad.

Boosie went on to claim that JAY-Z only catches people’s attention these days for one reason: his shrewd business moves.

“It ain’t his songs flashing across no fucking social media. It’s his hustle. That n-gga got hustle! No, I’m not finna say that I hear JAY-Z in the club and I don’t hear Nas.”

DJ Vlad pushed back against Boosie’s comments and pointed out that JAY-Z’s verse on DJ Khaled’s “God Did,” which recently earned multiple nominations at the 2023 Grammy Awards, “stopped” Hip Hop in its tracks this year.

However, Boosie laughed off Vlad’s point and doubled down on his argument that even amongst older demographics, JAY-Z and Nas aren’t getting spins in the club. “I’m telling you the truth, bro!” he insisted.

Boosie Badazz’s comments come shortly after he questioned Nas’ relevancy in modern Hip Hop, saying in another clip of his conversation with VladTV: “For him to be winning a Grammy, he still has relevance in his era, for sure. I just can’t say he’s relevant as far as today’s thing.”

He added: “Nas is what, about 50-something? You gotta understand his fanbase when you get up there — half of them are dead!”

The debate around Nas’ current status in the rap game was sparked by comments 21 Savage made during a Clubhouse call last month, shortly after the release of the Queensbridge MC’s latest album King’s Disease 3.

“I don’t feel like he’s relevant,” he said. “He’s not. He just has a loyal-ass fanbase and he still makes good-ass music. But relevant? Nah.”

The Her Loss hitmaker later cleaned up his comments on Twitter, writing: “I would never disrespect nas or any legend who paved the way for me y’all be tryna take stuff and run with it.”

After facing criticism from Hit-Boy, Kodak Black, Fivio Foreign and others, 21 Savage linked up with Nas for a new track titled “One Mic, One Gun” earlier this week. The song finds the two Grammy-winning MCs putting on a public display of unity while bridging the ongoing generational gap within Hip Hop.