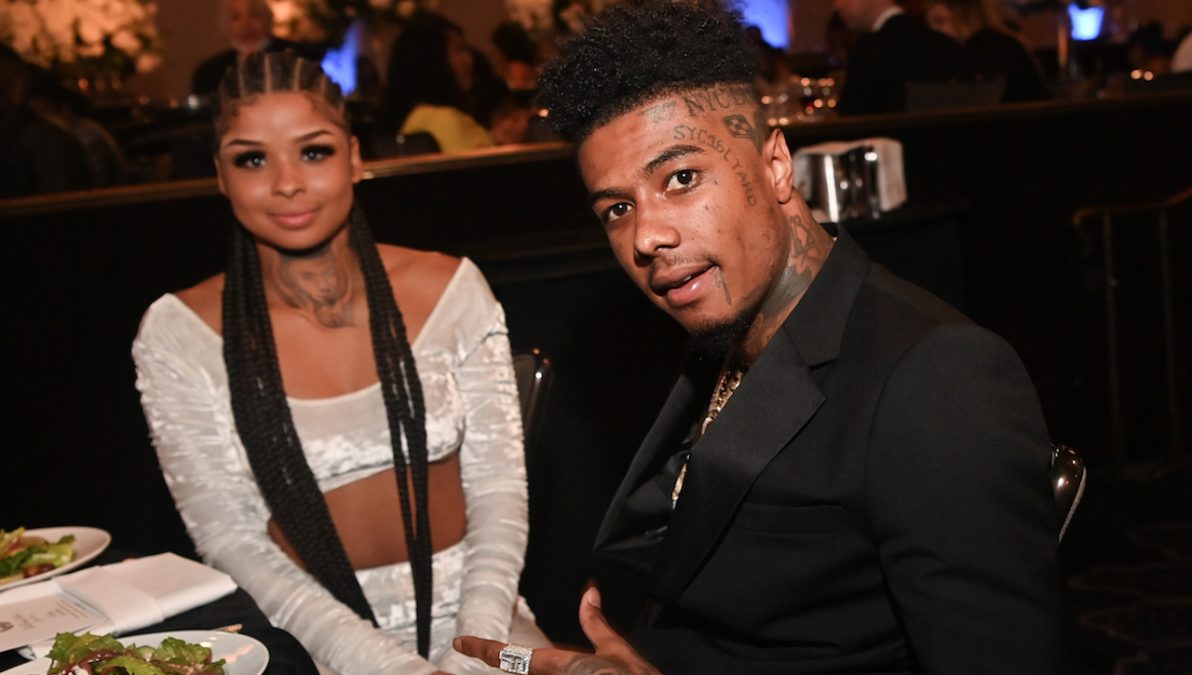 Blueface has reportedly not been investigated for allegedly assaulting his girlfriend Chrisean Rock.

As confirmed by Radar Online, Rock reportedly unveiled numerous injuries on Instagram over the weekend that she said were dealt by Blueface’s hand, but a spokesperson for the Los Angeles Police Department told the outlet on Monday (October 31), no police report has been filed against the California rapper, whose real name is Jonathan Porter.

Chrisean showcased a busted lip, black eye and bloodied nose on Instagram Live on Saturday (October 29) while arguing with the “Thotiana” rapper. She accused Blueface of causing the injuries after he had caught her texting another man, and claimed she had gone on IG live so his fans could see what he did.

She broke down sobbing during the live, claiming Blueface was “getting too comfortable” allegedly hitting her. She then posted several clips of her injuries before deleting them and backtracking on her allegations on Sunday (October 30).

“Sorry guys I had a mental breakdown/bad trip with the liquor trynna jump out of a moving car on freeway,” she wrote alongside a video. “I will be working on my mental health and liquor habits.”

“I had a bad trip yesterday with Casa Migo,” she said in the video. “Tried to jump out of a moving car.” She added that Blueface tried to stop her which is when she hit him, and not the other way around. 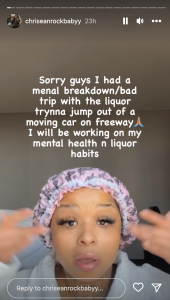 The couple’s tumultuous relationship has made numerous headlines these past few months, with many onlookers accusing Blueface of being abusive. Rock has continued to deny that any sort of abuse has taken place.

On August 1, the couple got into a physical altercation while walking down a Hollywood street, which was captured on video. Instances of reported violence continued to pop up during their time together, including a fight so bad it resulted in a broken bathroom door and a chunk of hair missing from Chrisean Rock’s head.

Fans have previously expressed concern on Twitter for Chrisean’s safety, who has continued to downplay the chaotic situations she’s been involved in.

A fan chimed in on Twitter at one point to say that the “vibe” rapper should get out of the relationship while she “still has hair.” “Nobody wanna leave somebody but sh*t you gonna die for him? He ain’t about to die for you,” the fan wrote.

Rock then took to Twitter earlier in October to tell her followers that her relationship was all over now because of the “Thotiana” rapper’s infidelity.

Chrisean’s reaction emerged after Blueface was spotted in a video with another woman lying in bed twiddling tongues. Chrisean then took to Instagram Live to say she confronted the rapper and claimed she “almost went to jail” because of the fight that transpired. She also claimed to be holding his phone, which proved his infidelity.

Regardless, it seems the pair are back together now, and their relationship will soon be the subject of a new reality TV series called Crazy In Love, which will air on The Zeus Network.