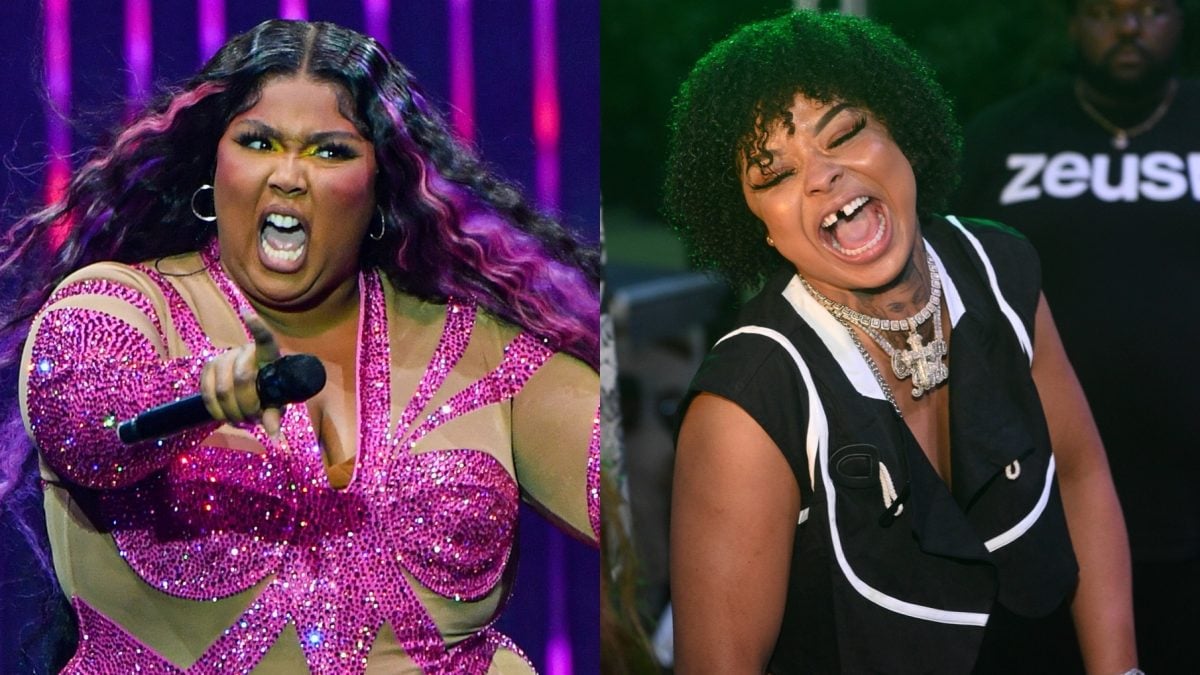 Lizzo has made it abundantly clear that she’s not pleased with those who have been critical of her Halloween costume this year.

On Friday (October 28), the “About Damn Time” vocalist debuted the results of her spooky season dress-up routine, which sees her portray Chrisean Rock – “Thotianna” rapper and Blueface‘s on-again-off-again girlfriend.

After sharing a series of Instagram posts, including a video where she is actually lip-syncing Chrisean’s breakout debut single “Vibe,” Lizzo actually earned the co-sign of Blueface’s boo thang who commented on one of the posts, writing: “Awwwwwwwww I love dis.”

While Chrisean Rock’s approval of the costume itself is hilarious enough, yet another element of comical irony surrounding the entire sage exists as well, considering years ago, before dressing up as Chrisean, Lizzo actually sent Blueface a personalized thirst trap on social media in 2020.

There were a number of other artists who were also fans of the costume. SZA voiced her approval of the outfit on the lip-syncing post, writing: “Lmaooo why this so hard,” while her fellow TDE labelmate Doechii added: “I’m sick you did my idea before me.”

Despite all of the love she was receiving, Lizzo hopped on Twitter to address the fan backlash her portrayal had seemingly caused.

One negative body-shaming user in particular who subtweeted about the look prompted a response from Lizzo. The user originally wrote in the since-deleted tweet: “Now when chrisean come back in a fat suit… remember how y’all was laughing in these comments.”

Lizzo quickly fired off her own retort in a quoted reply, issuing a call to action for people to have both a sense of humor and enjoy the moment for what it is without complicating it.

“I didn’t put on a ‘skinny suit’ – u can dress up as someone w/out being offensive – rock lit I’m lit it’s all love. Don’t make it weird,” she wrote in the tweet.

In another tweet, Lizzo wrote: “‘I hope she put on a fat suit’ [Clown emojis] GTFOH.”

“I hope she put on a fat suit” 🤡🤡🤡 GTFOH pic.twitter.com/5FinJme5Yg

This isn’t the first time this year that Lizzo has had to defend herself from being blindsided by negative remarks about her body weight. Back in August, comedian Aries Spears landed himself in hot water after body-shaming comments he made during an interview aimed at Lizzo, which compared her figure to the poop emoji, went viral.

“Lizzo? I can’t get past the fact that she looks like the shit emoji,” Spears said in part during his interview with The Art of Dialogue. “She got a very pretty face, but she keeps showing her body off n-gga, like c’mon, yo. I’m sorry. Listen, I ain’t the most in shape n-gga in the world, but when you funny and you got swagger and confidence and you decent looking — I think I’m at least handsome — you get pussy. But a woman that’s built like a plate of mashed potatoes, you’re in trouble.”

Lizzo Pays Homage To Her Hometown Houston With New Hairdo

Even though her loyal fan army focused their rath on Aries Spears’ social media accounts for days after his comments surfaced, Lizzo seemingly used a portion of her 2022 MTV Video Music Awards acceptance speech as a moment to address proponents of her weight such as Spears himself on August 28.

“[Your vote] means everything to make a change in this country,” Lizzo said. “So, remember when you’re voting for your favorite artists, vote to change some of these laws that are oppressing us. Now, to the bitches that got something to say about me in the press … I’m not gonna say nothing! Why don’t you clap back? Because bitch, I’m winning.”

She also took things a step further in a separate tweet the following day, writing: “Lemme make one thing VERY clear—I wasn’t addressing anybody in the my speech last night…I was addressing EVERYBODY.”