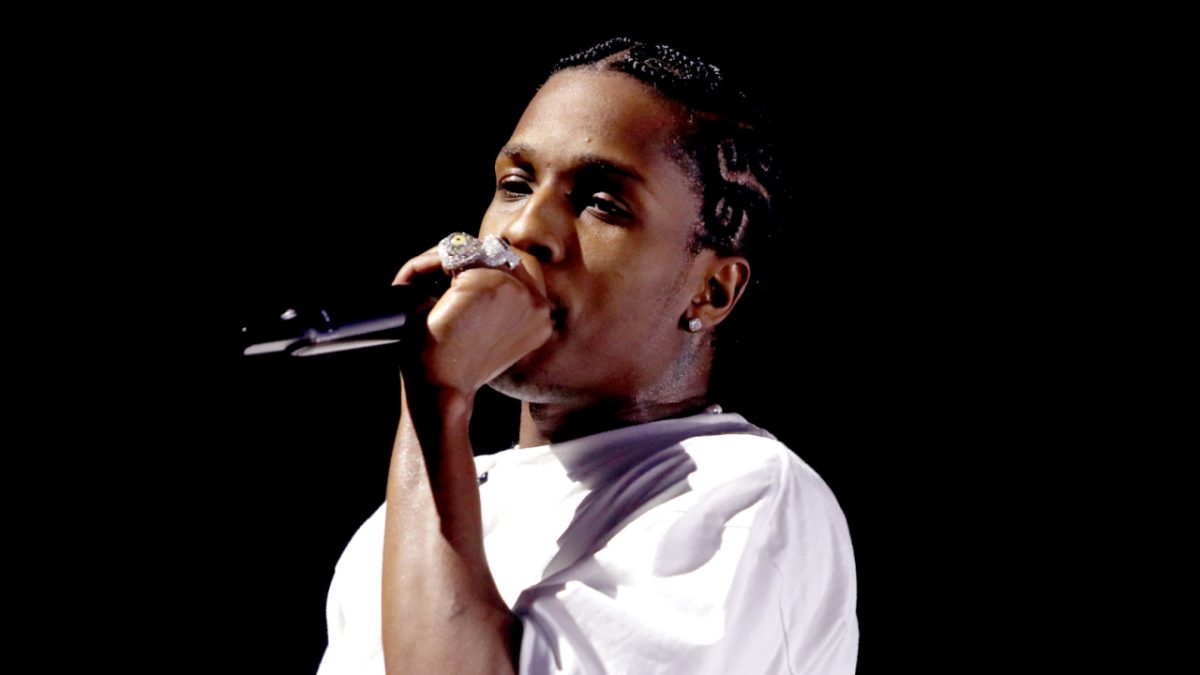 A$AP Rocky has revealed the title of his new album while sharing another preview of the long-awaited project — this one dedicated to Hip Hop’s fallen stars.

The Harlem rapper was the latest guest on 2 Chainz’s Amazon Music Live concert series on Thursday (December 8), where he delivered his first performance since his curtailed set at Rolling Loud New York in September.

In addition to running through fan favorites like “Praise the Lord,” “L$D” and “Yamborghini High,” Pretty Flacko debuted a string of unreleased songs during the Los Angeles concert, including one titled “Same Problems” which is dedicated to the growing number of rappers who’ve lost their lives too young.

“N-ggas dying every other night/ N-ggas crying, that’s a part of life/ Lying to my face trying to say that it’s all good knowing nothing right,” he raps on the somber, stripped-down track, which opens with a Thundercat-esque bass riff.

With the lights dimmed and the crowd’s energy muted to a solemn hush, images of various deceased artists were projected onto the giant on-stage screen behind Rocky, from 2Pac, Biggie and DMX to Nipsey Hussle, Pop Smoke and Mac Miller.

TakeOff, PnB Rock, Trouble and Lil Keed — who all tragically passed away in 2022 — were also honored, along with Rocky’s late friend and collaborator A$AP Yams.

Elsewhere, A$AP Rocky performed the unreleased “Rowdy Roddy Piper” and “Mushroom Clouds,” which he’s played on stage in the past, as well as his latest single “Shittin’ Me” from the Need For Speed: Unbound soundtrack.

The A$AP Mob leader had a few surprise guests up his sleeve, bringing out 2 Chainz for a duet of their 2012 collaboration “Fuckin’ Problems” (sans Kendrick Lamar and Drake) and $NOT to assist him with “Doja.”

Prior to the concert, which followed Amazon Prime’s coverage of the Los Angeles Rams’ 17-16 victory over the Las Vegas Raiders, Rocky gave fans an update on his long-awaited new album, revealing the project is “finished.”

He also appeared to announce the album title — Don’t Be Dumb — which was projected on stage and referenced throughout the broadcast.

“I’m gonna put it to you like this: This next album needs to be just called Flacko Boomin, you hear me?” he said. “Most artists wanna make [collabs just because they’re hot]. For us, it’s like, that’s really my n-gga.”

A$AP Rocky On Getting Credit For His Music Videos: ‘Give Me My Fucking Flowers!’

The pair collaborated for the first time earlier this month on “Feel the Fiyaaah,” from Metro’s Heroes & Villains album, but their paths first crossed a decade ago thanks to A$AP Yams.

“Yams linked me and Metro in 2012,” he added. “This is before he’s working with a lot of people in Atlanta. He was still in college. A$AP Yams told me Metro was gonna be Metro. He was like, ‘This is the kid I’m telling you.’ So, Yams wanted this.”

While a release date has yet to be announced, Don’t Be Dumb will serve as the long-awaited follow-up to 2018’s Testing, which debuted at No. 4 on the Billboard 200 after moving 75,000 units in its first week.