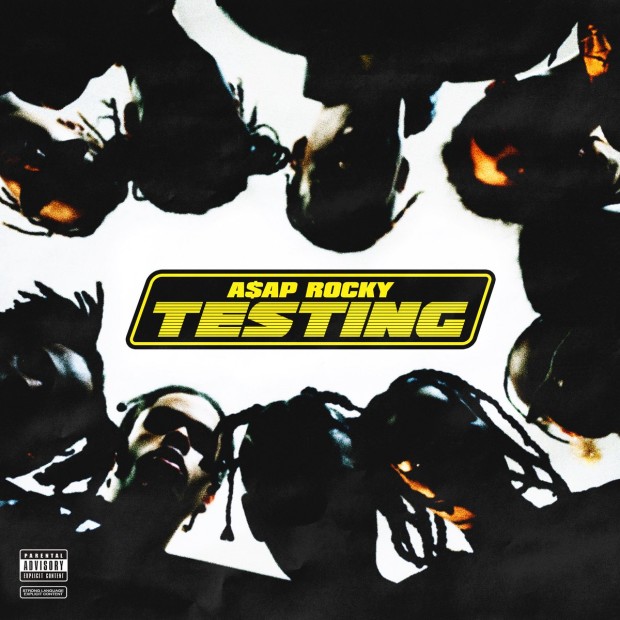 A$AP Mob is full of rap nerds. Despite any other ambitions they may have – painting, modeling for Dior, imaging up retro-gothic architecture – they have all forged their way into the rap game by staying concerned with and true to the technical skill of rapping. It was the role of the late icon and founding member of the crew, A$AP Yams, to push the collective into stylistically unfamiliar areas; with his taste and unwavering dedication to the underground, the group was able to turn A$AP Rocky into the breakout star. To date, Live.Love.A$AP is still the most influential full-length project to come from the Mob. And while it could be argued that the shadow cast by the untimely passing of Yams has put an unfair critical lens on the group’s subsequent output, unfortunately, it could also be argued that the quality of the work itself has become sporadic.

On par for the course, TESTING, Rocky’s third studio album, is the most uneven A$AP release to date.

TESTING plays like a crash collision between Ferg’s Always Strive and Prosper and Kid Cudi’s Speedin’ Bullet 2 Heaven. It wants to be Kanye West’s Yeezus but plays like an even more meandering The Life of Pablo. Just look at the credits; Rocky looks to surprise and bewilder with each sample and every feature but there’s a humdrum routine to it all and very few of the b-side experiments work. “Kids Turned Out Fine” rings hollow, the lyrics trite and one-dimensional. “Changes” juxtaposes UGK and Charles Bradley in a surprisingly understated manner that’s not done justice by Rocky’s navel-gazing. Even on the beautifully textured closer, “Purity”, once you’re met with samples of Ms. Lauryn Hill and a particularly sassy Frank Ocean verse, Rocky’s parting words seem inconsequential.

It may not be an outright indictment of his character, but it curiously lacks taste for a man who’s entire mystique relies on having an abundance of just that.

Still, not all the features are superfluous and some of the lazy songwriting does pay off in context. “Fukk Sleep”, a hallucinatory daydream with FKA twigs, may be the best song to experience, if not for the musical kinship Rocky finds with Dev Hynes on the woozy “Hundr34ds.” In a twist of fate, the song with the best straight-up rapping also happens to mark Rocky’s reunion with Clams Casino. “Black Tux, White Collar” is measured and delicate, featuring a vulnerable MC that’s unwaveringly militant and outwardly wary of the intentions of those that he chooses to keep around him. The distorted samples of “Gunz and Butter” also cut through with fierce purpose and Rocky stays on cue as he delivers a unique perspective on the current dialogue surrounding gun violence: “So get up off my YKK/The president an a-hole/Prayin’ for a JFK/All we got was KKK/AKA AK that you target not from Target but from Walmart/Then it’s a-ok,” he spits with focused passion that’s all too absent from the rest of the album.

Over the years it has become clear that Rocky is more comfortable being a figurehead for an aesthetic movement rather than an outright innovator. On “Hun43rd,” he rephrases a well-known idiom: “The best form of flattery is when you imitate.” And Rocky has always flaunted his influences openly. But with TESTING, there is no new movement birthed; there is no paradigm shift about the occur; it’s simply as the title states: a series of harmonic evaluations meant to gauge audience reaction.

Instead of creating a new wave, A$AP Rocky has drowned himself in his own ambitions and lost his identity along the way.