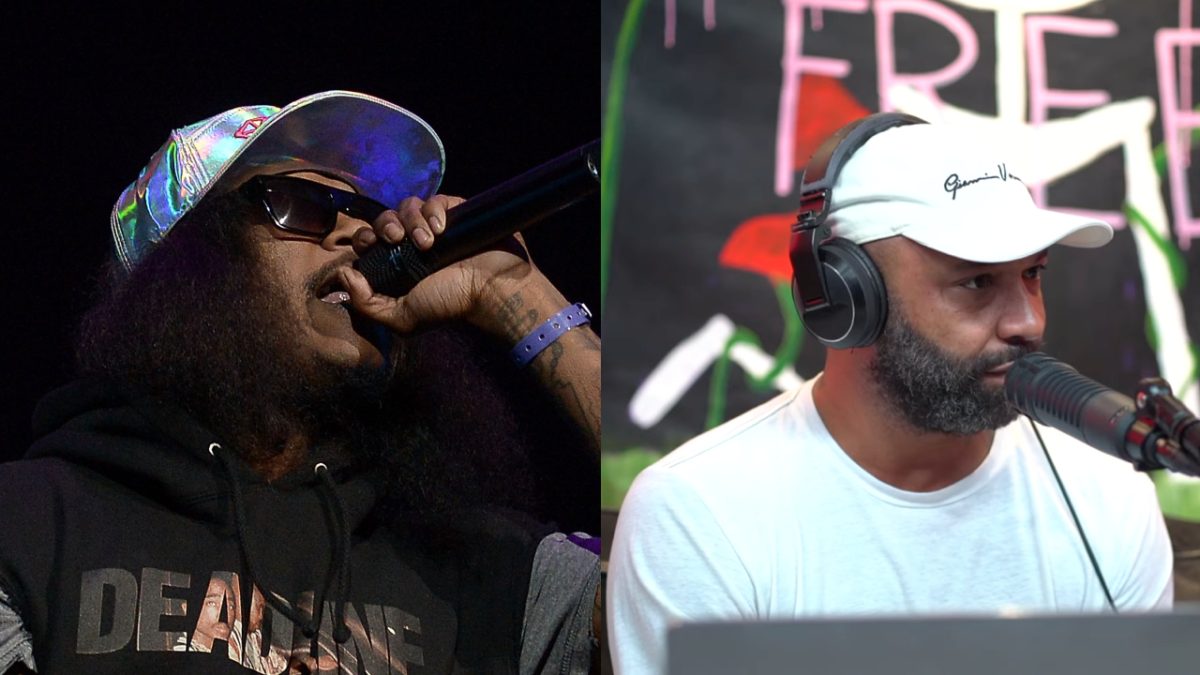 Ab-Soul appeared on the latest episode of The Joe Budden Podcast where he played the intro off his upcoming album Herbert — and Joe Budden had a lot to say when he realized he was on it.

The end of the song features an audio clip of Budden praising Ab-Soul for being “different,” and Budden had nothing but love for the Top Dawg Entertainment lyricist after hearing his hidden cameo on the track.

Elsewhere in the interview, Ab-Soul also played another track off his forthcoming project titled “FOMF (Fuck Out Of My Face)” and revealed it was produced by Boi-1da.

Budden could be seen getting hype to the track, and said Soul had inspired him to “come back to the game.”

“Ab Soul, you forever have a place on this couch,” the New Jersey native stated.

Ab Soul’s Herbert is set to arrive on December 16, six years after his last album, Do What Thou Wilt. The project featured appearances from the likes of ScHoolboy Q, SZA, Rapsody, Bas and the late Mac Miller, and peaked at No. 34 on the Billboard 200.

A press release from TDE described the project as “a deliberately intimate portrait of the man behind Ab-Soul going back to his foundation, as noted by the name of the record, leaving the conspiracy theories he’s known for behind while emphasizing his musicality.”

It added that “after suffering through a series of unspeakable tragedies,” the Carson, California native “completed the album as a changed man with a new sense of purpose.”

Ab-Soul most recently dropped off the single “Gang’Nem,” which arrived after the tracks “Do Better” and “Moonshooter.”