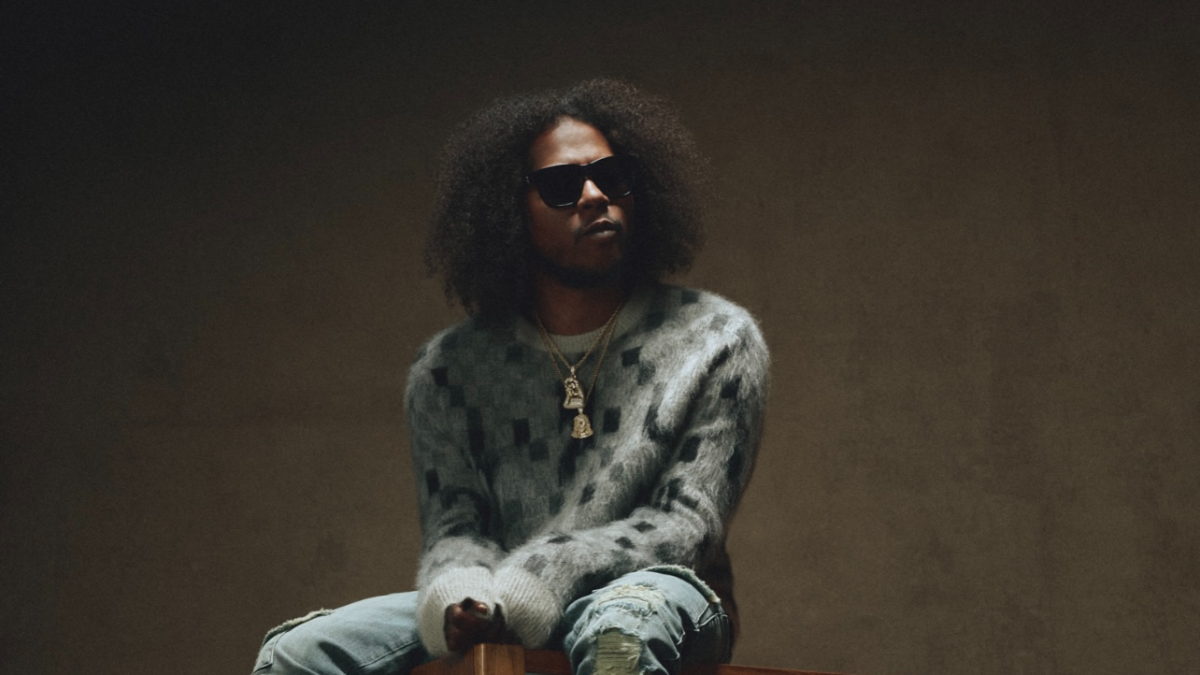 Ab-Soul will be making his long-awaited return next week with new album Herbert, and he’s now revealed the project’s tracklist and cover art.

The cover art for Herbert shows a picture of the Black Lip Bastard sitting in a living room with headphones on in his younger days. Behind the rapper is a collection of vinyl records and other audio equipment.

Ab-Soul also shared a trailer for the upcoming album that shows vintage clips of the rapper as a child mixed with other images such as a park, a man flying through the clouds and Ab rapping along to the spoken word poem delivered by Sistar Outspoken.

Fans have been waiting a long time for the release of Herbert. Ab-Soul’s last project came in 2016 with Do What Thou Wilt, which peaked at No. 9 and 34 on the Billboard Top R&B/Hip Hop Albums and 200 chart, respectively.

With Herbert, Ab is going back to his foundation and giving listeners an intimate portrait of the man behind the rapper. According to a press release, the Top Dawg Entertainment rapper went through a series of tragedies that fueled the creation of his new album.

My therapist told me I might really be the messiah. I honestly couldn’t tell you if she was being sarcastic or not.

The first single off Herbert titled “Do Better” details the changes that Ab-Soul experienced over the last six years. The following single “Gang’Nem” pays tribute to his hometown of Carson, California and highlights the lifestyle he grew up around.

Herbert will also feature two previously released tracks in “Hollandaise” and “Moonshooter”, the latter of which features a new Joey Bada$$ verse that wasn’t on the original.

Fans were thrown into a frenzy earlier this month when Ab-Soul teased a JAY-Z feature on his upcoming album. The 35-year-old took to his Instagram with a post of himself sitting next to Hov at a table at the Barclays Center in Brooklyn, New York.

“SOUL DID,” he wrote in the caption, referencing Jay’s “GOD DID” collaboration with DJ Khaled.

TDE founder, Anthony “Top Dawg” Tiffith, added in his own Instagram post: “@souloho3 asked me to connect him with Hov ….. aye soul did u do ur part ? I guess we will find out when the album drop. Y’all think he got it ? #TDE.”

However, there’s no sign of a JAY-Z feature on Herbert judging from the tracklisting Ab-Soul has shared. Take a look at it in full below.

While fans wait for the album, Ab-Soul dropped off a new freestyle over Kendrick Lamar’s “Die Hard” at Sway in the Morning this week. The freestyle found Ab referencing Kanye West’s viral “you don’t have the answers” line from his own interview with Sway in 2013.

“Save detention for deans and principals, I got an F in AP Chemistry, now my system’s full of chemicals/ Dropout, about to teach ’em who the student is/ Yeah, I’m a Pisces but can’t screw the fish, that’s food that’s cool to fish/ Class is in session, Sway had the answers all along, that was never a question,” he rapped, prompting laughter from the Sway In the Morning crew.