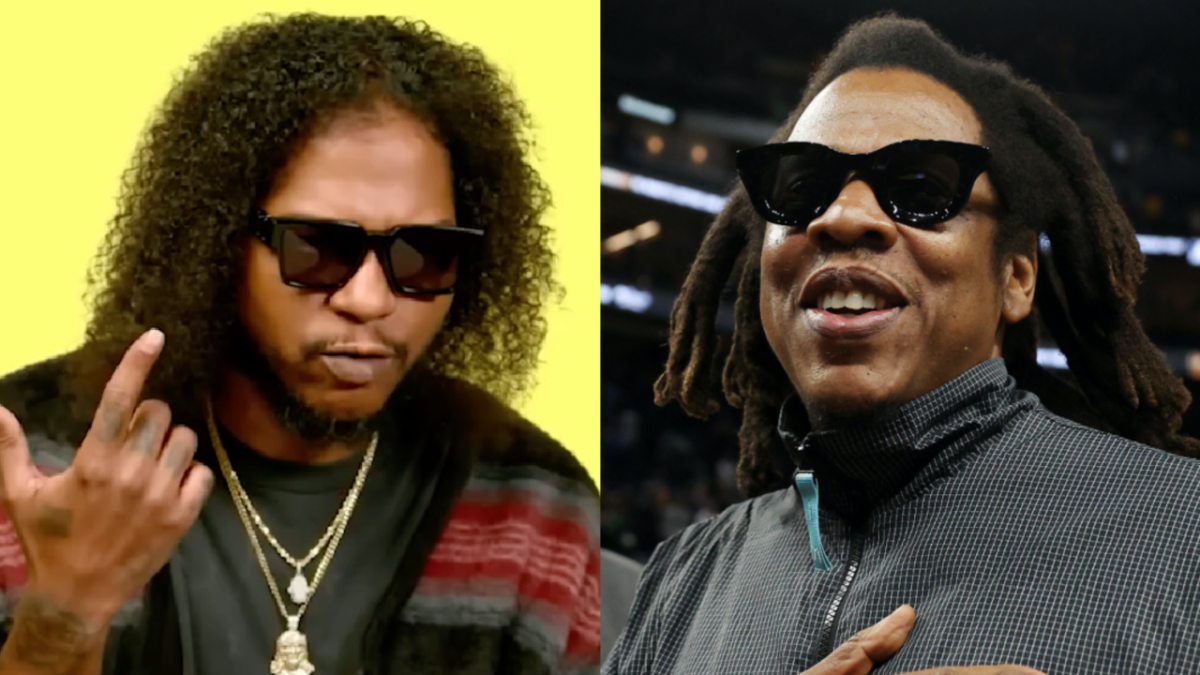 Ab-Soul has teased a JAY-Z feature on his upcoming Herbert album ahead of its release in December.

The Los Angeles rapper took to Instagram on Wednesday (November 30) to share a photo of him sitting next to Hov at a table at the Barclays Center in Brooklyn, New York City. “SOUL DID,” he wrote in the caption, referencing Jay’s “GOD DID” collaboration with DJ Khaled.

Soulo’s label, Top Dawg Entertainment, shared the same photo on social media along with a caption hinting at a JAY-Z appearance on his upcoming project. “Hov x Soulo #Herbert Dec.16th!” it read.

TDE founder, Anthony “Top Dawg” Tiffith, added in his own Instagram post: “@souloho3 asked me to connect him with Hov ….. aye soul did u do ur part ? I guess we will find out when the album drop. Y’all think he got it ? #TDE.”

Dreamville’s J.I.D also reacted to the news of a possible Ab-Soul and JAY-Z collaboration on his Instagram Stories, writing: “Nah this shit got me gassed !!!!!! let’s go @souloho3.”

Ab-Soul is set to release his new album Herbert on December 16. It will serve as the follow-up to 2016’s Do What Thou Wilt and his fifth studio effort overall.

The Carson-bred rapper has dropped a number of singles in 2022 including “Hollandaise,” “Moonshooter,” “Do Better” featuring Zacari and “Gang’Nem” featuring Fre$H, although it’s unclear if any of the songs will appear on his next project.

In 2012, Ab-Soul famously rapped: “I used to wanna rap like JAY-Z / Now I feel I could run laps ’round JAY-Z,” on the Kendrick Lamar-assisted “ILLuminate” from his Control System album. Some interpreted the line as a diss at Hov, but as Soulo explained, the whole situation was taken out of hand.

“Everybody is talking about my JAY-Z line off ‘Illuminate’ but, the majority of the song was inspired by JAY-Z,” he told Complex at the time. “If you’re a big fan of JAY-Z you can hear it. That’s what it was about. And I hope Jay gets a chance to hear it.

“If he is who I think he is, then he should understand exactly what I intended to do with that. I was paying homage but letting him know, we coming. You got some new young cats on your heels now. That’s all.”

He added: “My favorite rapper of all time is JAY-Z, hands down. I probably have been the most inspired by him lyrically. It doesn’t feel like it’s jocking or biting [when I quote JAY-Z in my rhymes]. It’s not. Being a fan of Hip Hop, just what I’ve seen done time and time again.”