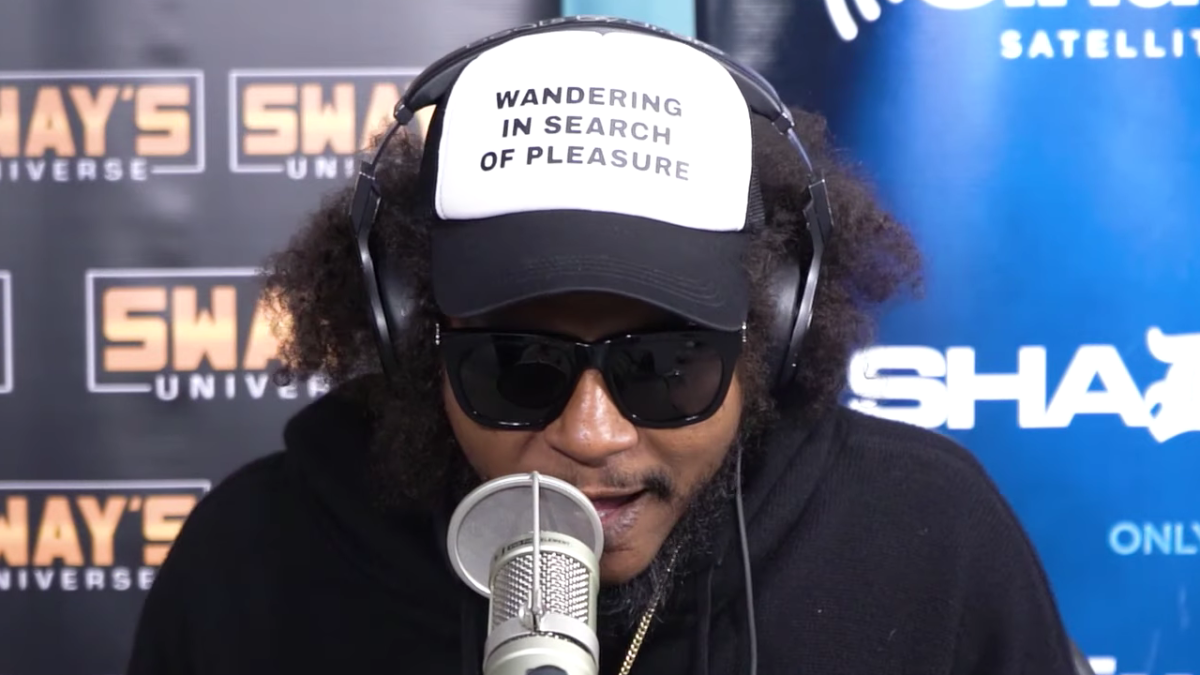 During his appearance on Sway in the Morning this week, the Top Dawg Entertainment rapper was tasked to spit some bars over the song from K. Dot’s Mr. Morale & The Big Steppers album. In it, he referenced Ye’s viral “you don’t have the answers” line from his own interview with Sway in 2013.

“Save detention for deans and principals, I got an F in AP Chemistry, now my system’s full of chemicals / Dropout, about to teach ’em who the student is / Yeah, I’m a Pisces but can’t screw the fish, that’s food that’s cool to fish / Class is in session, Sway had the answers all along, that was never a question,” he rapped, prompting laughter from the Sway In the Morning crew.

In September, Kanye admitted that Sway did actually have the answers all along regarding the fashion industry: “You know what? I’ma go ahead and say Sway had the answer. I know people are gonna be like, ‘Nooo!’”

“Shout out to the homie Mr. Morale, that was an honor,” he said. “I don’t think I ever rapped over another one of the homie’s beats before. I was kinda nervous, I ain’t gonna lie. That was like another feeling. I see you, brother.”

Ab-Soul also shared his thoughts on Kendrick Lamar’s departure from TDE, explaining how nothing has changed as far as their personal relationship is concerned.

“I think that’s evolution, man,” he said. “That’s still my brother. I don’t feel a difference. I don’t know how to [explain]. We haven’t spoke on why it happened or why he did it, but I think it’s love, I think it’s growth on his behalf. That’s what he felt like he had to do on his path, on his journey. So I’ma always support him and what he do, you know what I’m saying? But you know who the gang is.

He added: “I don’t care what company he’s with or where they go, if I speak to ’em, it’ll never change. That’s the foundation. I think if you remember that, if you hold onto that, no matter how far you go, I think that’s the practice, to keep that balance. Everything is as it should be. Nothing is out of alignment, at all.”

Ab-Soul is set to release his new album Herbert on December 16, which will be his first project since 2016’s Do What Thou Wilt.