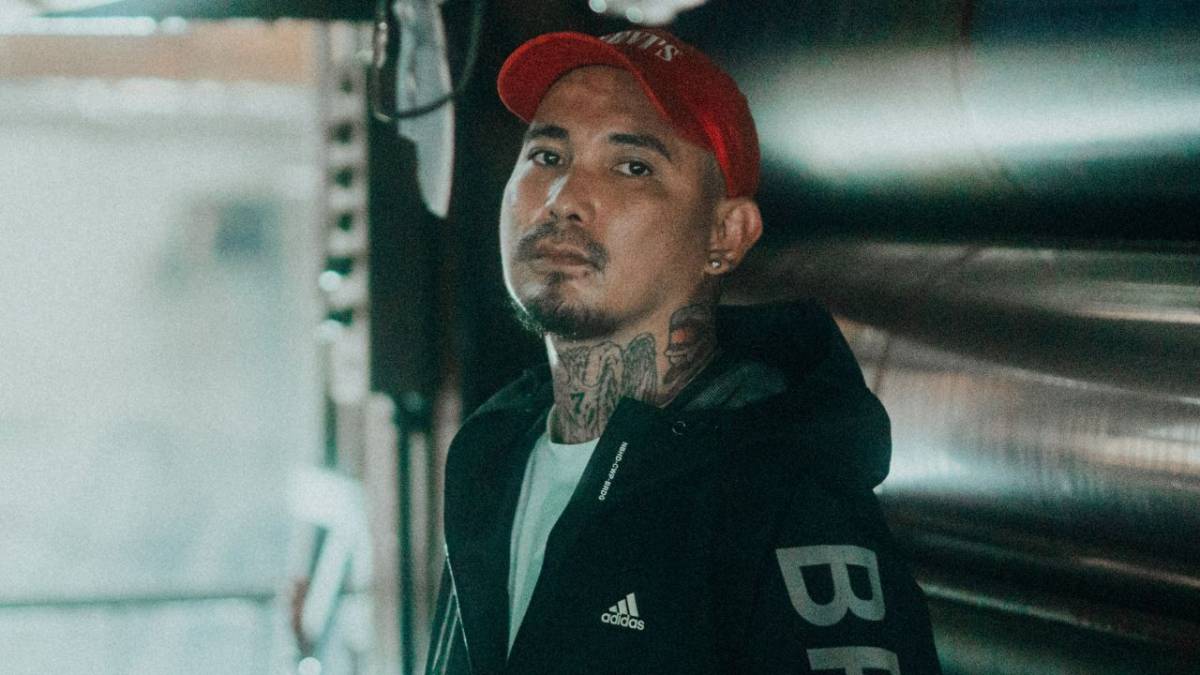 “[My brothers] told me that hip hop or rapping was our way out [of] the ghetto.” For Dumaguete-based rapper Arkho, rapping was family practice. The Filipino rapper shares in an exclusive interview with HipHopDX Asia that it was his brothers who introduced him to hip hop early on (he himself started rapping and writing songs in 2001) and this started a journey of writing songs and rapping together as Midnasty, along with his twin brothers, Fry and Murray.

Arkho and his older brothers situate themselves in a very unique part of the Filipino rap scene. They’re from Dumaguete Island in Visayas, an island group situated in the southern part of the country. Those who live in Visayas predominantly speak Bisaya, which is not as widely spoken—at least in the nation’s capital and in the denser, urban parts of the country in the north.

This linguistic division extends to Filipino hip hop. Arkho shares that at the time he was starting, there wasn’t a lot of Filipino hip hop that penetrated the Visayas region. “Si Loonie ra ang akong gina-listen ug gina-vibe nga music sa local” (In terms of local rappers, Loonie was the only one I really listened to and vibed with), he shares.

That’s why when the two met on location to film the music video for “The Regionals: Philippines,” Arkho says that it was a surreal experience. “It was amazing…kay first namo nagkita, murag nakaila nami na daan.” (It was amazing because even if it was the first time we’ve met each other, it was like we’ve known each other for so long.) Arkho said he’s been a fan of Loonie since the MySpace days—knowing that one of his inspirations also listens to his own music is a comforting experience.

But before this fateful project, Arkho and Midnasty’s journey took a while to arrive at a turning point. For the Dumaguete rapper, being finally heard was paramount—being recognized for their pioneering role in Bisaya hip hop is just cherry on top. “[I think the turning point for our music] was in 2015, ‘cause people listened to our music. It wasn’t like before when nobody was taking Bisaya music seriously. So after namo’g release sa album, makafeel mi ang youth kay…nag-start na sila’g write ug Bisaya music [kay nainspire nila sa’mo.]” (So after we released our album, we felt that the youth…started writing Bisaya music [because they were inspired by us.]) It just goes to show how much Arkho and his fellow Dumaguete rappers are passionate about helping pave the way for Bisaya rappers to reach a wider audience, no longer perceived as lesser or baduy (corny).

It’s a noble pursuit, especially in the Pinoy hip hop scene, where rappers from all over the country are striving to bring their own ethnic and cultural identities to the national stage, more so around the world. When talking about why he thinks Midnasty’s music has become so influential in the Visayas, Arkho reflects, “I think they recognize the movement na real ra tanan. Bisan naa ka sa ghetto or bisan unsa pa imong language, as long as real ka sa imong craft, ma feel nila na by heart.” (I think they recognize [that] the movement is [that] we’re just being real. Even if you’re from the ghetto, or whatever your language is, as long as you’re being real in your craft, they [audience] will feel that in the heart.)

Arkho is one of five rappers representing the Philippines in The Regionals, the first-ever Pan-Asia rap cypher, launching this September 2, 7:00 PM Manila time.