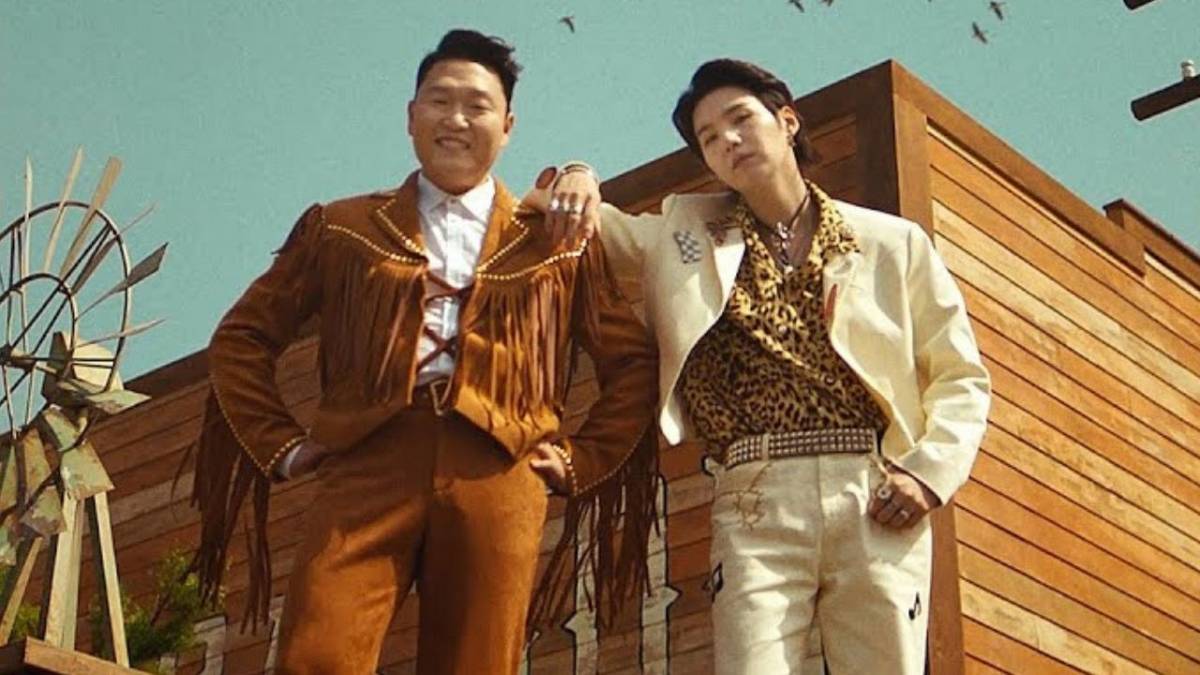 Psy Marks Triumphant Return With BTS’ Suga-Produced ‘That That’

Last April 29, the South Korean superstar premiered his highly-awaited comeback single, “That That,” featuring and produced by Suga of global sensation BTS.

With over seventy million views in four days and still the number one trending video for music on YouTube, Psy affirms his superstar status and showcases Suga’s production skills. Inspired by a Western film setting, the two go full cowboys on “That That” while keeping Psy’s signature comedic persona. The video is on track to hit a hundred million views in less than a week.

Psy became a global phenomenon after releasing “Gangnam Style” in 2013, which has since amassed over a billion views. He has also collaborated with hip hop icons including Snoop Dogg and founded his own label in 2018, P Nation, home to stars like Jessi, Hyuna, and Dawn.

This also marks Psy’s comeback as the first single off his 2022 album PSY 9th, featuring high-profile collaborations with artists like Jessi, Heize, Hwa Sa, and Crush. The album will be his first studio album in five years, following 2017’s 4X2=8, and the first under his P Nation label. PSY 9th will reportedly include features from Sung Si-kyung, Heize, Jessi, Hwasa, Crush, and Epik High’s Tablo.

Just yesterday, May 3, Psy premiered his second single off the album, “Celeb” with the video featuring one of South Korea’s most loved artists Suzy.

Watch the video for “That That” by Psy featuring Suga of BTS below: