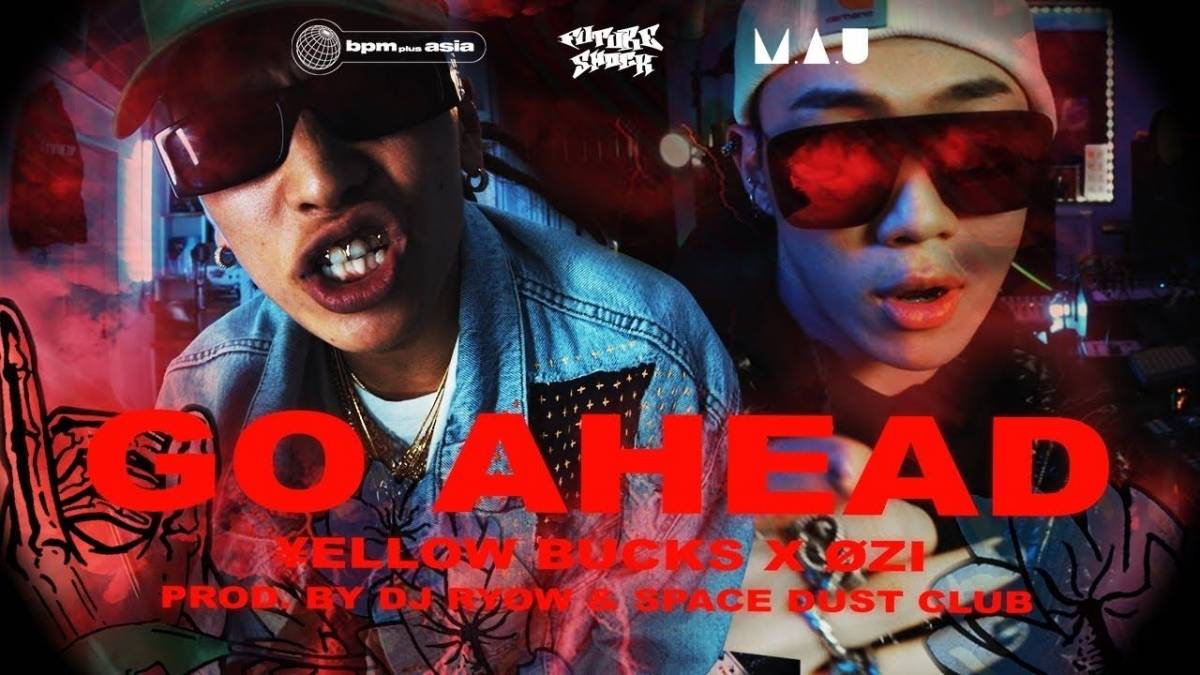 Japanese rapper ¥ellow Bucks and Taiwanese-American producer, singer, and rapper ØZI team up in their first collaboration together as part of M.A.U. Collective and bpm asia’s mission to connect Asian hip hop. The music video for their first single as a duo “Go Ahead” premiered last October 22, showcasing the two artists in their respective countries and fortifying their fast-paced, trap-heavy sound with R&B elements.

bpm plus asia is an ambitious musical project under Tokyo-based music label bpm tokyo, through which they seek to: “release various contents under the concept of removing all barriers and hierarchies that exist between various positions such as nationality, gender, thought, and rich and poor, and creating a free and new movement,” as stated in a press release.

The video features ¥ellow Bucks balancing his life at work and at home in Japan, cutting to scenes of  ØZI at the studio and the club in the bustling cityscape of Taiwan. Beyond the mission of uniting Asian hip hop through a distinct sound and style, bpm asia also seeks to revive the label and concept of Future Shock.

Together with the support of Taiwanese production company NXWV, the label strives towards further stronger creative solidarity within the region beginning with Japan and Taiwan.