The Story Behind The Jena 6 - The "Root" Of The Problem 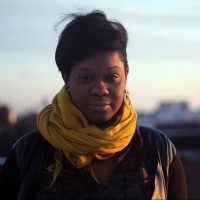 Erika Burnett of Nashville, TN noticed
a red pick-up truck with nooses hanging from its parts. In hand, the
trucker had a rifle and a message that promoted hatred and serious
dedication to his ideology. His eyes were sharp darts that stung hearts
like bees attacking honey-covered skin. This white supremacist with
visions of a Confederate South, didn’t agree with the thousands of dark
faces in Jena, LA in support of justice and equality. He wanted the black supporters out, back to where they came from- on the first slave
ship going east.

“Pure hatred was the only thing we saw coming from that truck,” said Burnett, during an interview with CNN,
based on an experience after the “Jena 6” Rally in Jena, LA on
September 21, 2007. “It was nothing but hatred.”

Hatred was the foundation in which
15,000 to 20,000 people showed up to a small town populated by a little
over 3,000. Hatred was the spark, which flamed a fire at a small high
school that kept silent too long in regards to race relations.

In a schoolyard where a tree stemmed,
hate leaves flourished and the roots became “Stronger,” than Kanye
West’s recent Graduation single. These roots developed through seeds
that grew into long, sturdy branches that were hard to cut down and
damn near impossible to abolish.

In hopes that the seasons have changed,
leaves have fallen and years and years of confusion and traditions are
becoming old, while new leaves are growing. After nooses hung
underneath a tree that grew from the ground to provide life and
inspiration, it became a symbol of racism and loud passions of
disgust. In a small town in Louisiana, the trees are too, segregated
and racist.

This tree was and still is a reflection
of a community that resembles black and white photos of “No Niggers
Allowed” and people being hosed down by water pressure. This story has
to be told for both sides of the spectrum- both black and white.

Through the support of hundreds on grassroots organizations, countless websites and the power of the
radio, the story of Jena, LA has been exposed. With little to no
support from mainstream media, CNN called it, “One of the biggest Civil
Rights movements in the last couple of decades.”

CNN ran the headline: “KKK, Neo-Nazis
and No Bail,” after a thousands of people in black apparel marched,
sang and traveled miles and miles to a town that has always been
separated by color and race and race has never played a bigger role to
one’s life then accomplishments and gross income.

It’s 2007 and in a place called Jena,
LA race matters. Your Bentley, Louis Vuitton buckets and gold grills
are no longer relevant- you’re still a shade of brown. This is reality
to hundreds of people in the backwoods of America, where confederate
flags wave at you like friends and division is more obvious than the
parted sea.

HipHopDX decided to research and bring you the story of the “Jena 6.”

On August 31, 2006 a group of students
approached the Vice Principal of their high school and asked if it was
“ok” to sit underneath a tree (for shade) that had been a traditional
spot for white students to sit. This tree has been referred to as the
“white tree,” because only white students had sat underneath the
tree. The vice principal assured the students that they could sit
wherever they pleased.

The students sat under the tree only to
discover that the next day, the tree had two nooses hanging from the
tree, in the colors of black and gold. These colors represented their
school spirit (as these were the colors of Jena High School).

On September 5, 2006, after the various
parents came together to discuss the story at a local church, they came
to the conclusion that the “tree incident” was unfair and an act of
crime. That following day, the students exercised what they thought was
right and protested underneath the “white tree” as a symbol of their
right to equality.

That symbol became an issue for
District Attorney Reed Walters and he then warned the black students
(the protestors) at an assembly, that if further actions were taken he
could make their “lives disappear with a stroke of a pen.”

Soon after (the next day), police
officers patrolled the hallways and on September 8, 2007 the school
officials imposed a “lockdown” and lots of town people considered the
parents to be the blame.

After the parents received media
attention, Principal Scott Windham recommended that the three white
boys responsible for hanging the nooses be expelled. The three (white)
students weren’t identified in the media to protect their images and
for reasons of confidentiality. The committee that Windham called the
hearing with thought that the three students should receive a three-day
in school suspension and they did.

The three (white) students were said to
have said that their “noose prank,” was an inspired prank, scene in a
television show on the Hallmark Channel called, Lonesome Dove. This
incident led parents to call out for a meeting with the school board
and the school board rejected their initial intent to speak out on the
topic.

At the second meeting, parents could
speak but weren’t allowed to discuss the “noose issue” because the
school board considered it to be a resolved issue. That resolved issue
led to an incident on November 30, 2006, when a large fire covered Jena
High School’s academic wing.

That following weekend, the small town
was full of racial tension and if the walls of Jena could talk, they
would have blurted out, “War!”

With two separate incidents occurring
soon after, one being a black student being jumped (or beat up) by
several white males (the males was never charged with assault) and next
one being a white male pulling a shotgun out on three black males. The black students gained control of the firearm and left with it as
well. The black men were arrested and charged with aggravated battery
and theft. One incident happened at a convenience store the other at a fair. The white student was never charge with gun possession,

On December 4, 2006 a huge fight broke
out at Jena High between a white student (whom had a rifle in his truck
on school property) and a black student (who had previously been jumped
by the white attackers).

The white student ended up being
attacked by several black students and the white male laid
unconscious. Testimonials from students, say that the black student’s
“beef” rose from him being jumped prior (and the unconscious white
student was heard to have went to a social event that same night) and
being called a “nigger.”

With a violent history and rage
floating in the air, fights were expected to break out and the school’s
officials were even warned by the teachers that the tension was
becoming greater. The teachers insisted that school be dismissed for
several days, yet the school insisted class resumed.

Within an hour of the fight, the six
students accused of shutting the eye shut of the white student were
named the “Jena 6,” and arrests were made, while each black student was
being charged with aggravated battery. After a while, the charges were
moved up to attempted second-degree murder charges and the potential of
life in prison.

Robert Bailey, Jr., Mychal Bell, Carwin
Jones, Bryant Purvis, Theo Shaw and Jesse Ray Beard are now identified
as the “Jena 6”. All six males range from the ages 14 to 18. The bails
ranged from $70-138,000, which was numbers that were highly impossible
to match due to incomes of the families.

On September 4, 2007 the charges
against Theo Shaw and Carwin Jones were reduced to aggravated
second-degree battery and conspiracy and on September 10, 2007 Robert
Bailey, Jr.’s was lowered to the same charges.

Bell is the only student that has been
tried so far and he was found guilty and could have faced up to 15
years if the ruling wasn’t overturned, for the simple fact that he’s
not an adult and was tried as such. His bail is still at $90,000.
Bryant Purvis is still facing attempted murder charges. Jesse Ray, the
youngest is facing undisclosed juvenile charges.

The tree has been cut down but the roots still run deep into the ground. Think about it.