The Hip Hop Entrepreneur: Mind on their Money and Money on Their Mind 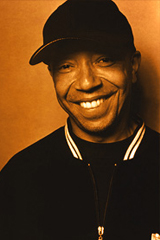 In
promoting their new line of multimedia PCs Hewlett Packard created an ad
campaign featuring successful individuals and how they have incorporated the PC
into their business and personal activities. The gimmick they used was to film
the person from below the neck so that the viewer wouldn’t know them by their
face but by what they do. One of their first commercials featured the
individual pictured below and during the spot he talked about all the things he
does with his HP like: listen to new tracks that he’s producing, check out
photo shoots for his fashion line, look at vacation photos not in the tabloids,
go over blueprints for a stadium for his new team, play chess online and plan his
world tour. Who was it? None other than hip hop superstar Jay Z

What
was once just about selling records and getting famous has evolved into many of
these artists looking beyond the ephemeral fame and fortune of hit records and
looking for other ways to spend and earn money as well as ways to harness their
entrepreneurial skills. Let’s for instance take a look at founder of Def Jam Records, Russell Simmons:

– His
hip hop empire expanded beyond music most notably creating

It’s not just about
the bling

Most
everyone knows the “make money fast, lose
money faster” stories that have plagued musicians for decades. In hip hop
the classic example for modern times is MC
Hammer who made a tremendous amount of money with his music but ended up
wasting way more than he has. With the overabundance of choices and music
formats for fans these days, it’s hard work sustaining a lengthy career like
the now pioneers of rap and hip hop were able to do years ago. The opportunity
of choice means that for artists today they have to think beyond the music.

A business person is
born

So
what’s a successful rapper to do? Use their success in music and diversify into
other manageable, profitable avenues like fashion (P Diddy, Jay-Z, Eminem, Outkast, 50 Cent to name a few),
professional sports (Jay Z, Nelly) and even film (Outkast, Ludacris, Eminem, 50 Cent, LL Cool
J, Ice Cube, TI, etc), and videogames (50
Cent). The underlying commonality is clear; have a plan that will get you
beyond the glow of the gold records. With hip-hop being the most popular of pop
culture, it is easy for these young men to take their street hustle and flip it
into a corporate hustle.